Please ensure Javascript is enabled for purposes of website accessibility
Log In Help Join The Motley Fool
Free Article Join Over 1 Million Premium Members And Get More In-Depth Stock Guidance and Research
By Brian Orelli, PhD – Updated Apr 19, 2019 at 11:45AM

The cancer test maker is growing earnings much faster than revenue. 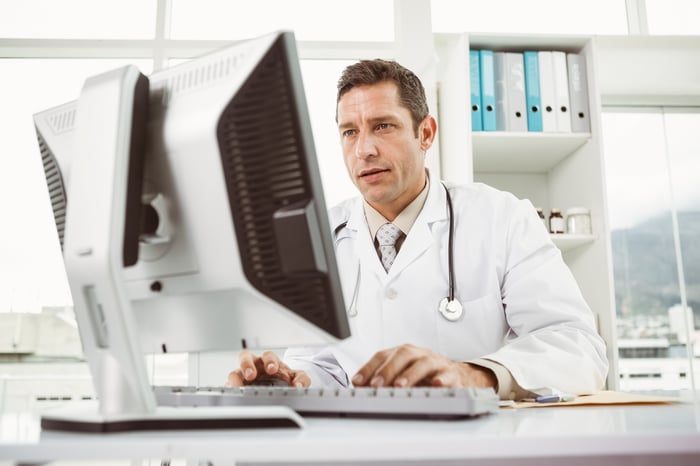 Steven Shak, Genomic Health's chief scientific officer, talked about the benefits of the company's breast cancer test and how they pay for themselves:

Oncotype DX is the only test that improves the outcomes and lowers cost compared to other prognostic tests or to no testing at all. Multiple studies have consistently shown that Oncotype DX's cost savings and its use has delivered billions of dollars in healthcare savings globally to date. When we started offering Oncotype DX, more than 70% of women were being treated with chemotherapy. We now know based on TAILORx that a great many patients were being over-treated.

Genomic Health's chief financial officer, G. Bradley Cole, highlighted the benefit from international growth: "So, the great uptick we saw in the international markets post-TAILORx we believe is going to continue throughout the year, particularly in markets where penetration levels aren't like the U.S. So, there's a large opportunity for growth outside the U.S. and, in particular with German reimbursement anticipated, will contribute to revenue in ways it hasn't in the past."

Management guided for 2019 revenue of $436 million to $448 million, an 11% to 14% increase compared to last year. With the TAILORx data coming midyear last year, year-over-year growth will be higher in the first half of the year than the second half where the comparative quarters already include some growth from the results.

For Genomic Health to hit the top of its revenue target, the international business needs to pick up. The upper end of management's guidance calls for 50% increase in international revenue, driven by more than 25% increase in volume, as well as increased reimbursement, especially in Germany.

On the bottom line, management is looking for earnings of $1.23 to $1.38 per share, a huge increase from the $0.68 per share in 2018. As it sells more tests, more of the revenue is flowing to the earnings line because there are fixed costs that don't increase with the new revenue. Improvements in reimbursements also help drive earnings because, in many cases, the company was running the tests anyway to drive business.