Shares of for-profit higher education specialist Career Education (PRDO 3.24%) rose as much as 27.1% higher on Thursday morning, thanks to a strong fourth-quarter earnings report. As of 2 p.m. EST, the stock had cooled down to a 20.5% gain.

In the fourth quarter of fiscal year 2018, Career Education saw sales rise 1.7% year over year to $145.5 million. On the bottom line, adjusted earnings swung from a loss of $0.64 per share in the year-ago quarter to earnings of $0.30 per share in the reported period. Your average analyst would have settled for earnings near $0.25 per share on revenue in the neighborhood of $144.6 million. 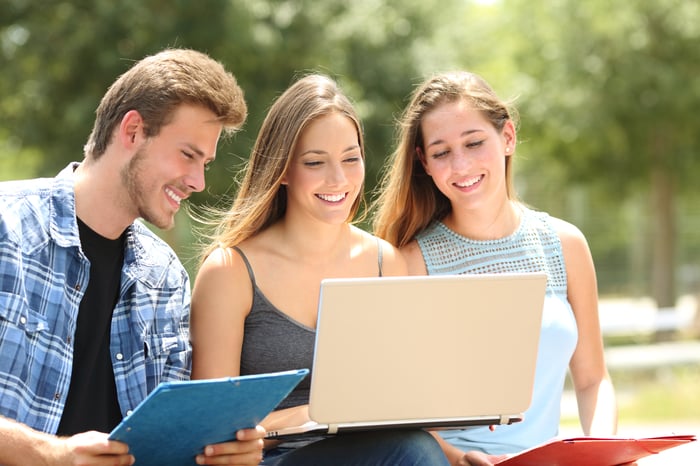 Revenue from the company's Colorado Technical University held steady year over year at $94.8 million, and the school grew its total enrollment count by 2.3%. The American InterContinental University increased its sales by 6.5% to $50.7 million, despite 6.3% lower enrollment. AIU's lower student count was an expected result of changes to the school's academic calendar, which should drive a large spike in new enrollments for the upcoming first-quarter report.

Career Education's revenue has been shrinking in recent years, so it's no surprise to see investors embracing this report's solid sales trends. That being said, I'll gladly watch this unpredictable ticker from the sidelines.