Over the last year, shares of data center connectivity specialist Mellanox (NASDAQ:MLNX) rose by nearly 53%, easily crushing the returns delivered by the major stock indices as well as the iShares PHLX Semiconductor ETF (NASDAQ:SOXX), which was up just 1.2% during that time.

Now, to be fair, Mellanox's stock price has been helped along by a steady stream of acquisition rumors, but despite those rumors that have been swirling for months, the company continues to operate as an independent entity. More importantly, though, as a stand-alone company, Mellanox's business performance has been impressive. Indeed, the company crushed it with its most recent earnings results and business outlook for the current quarter. 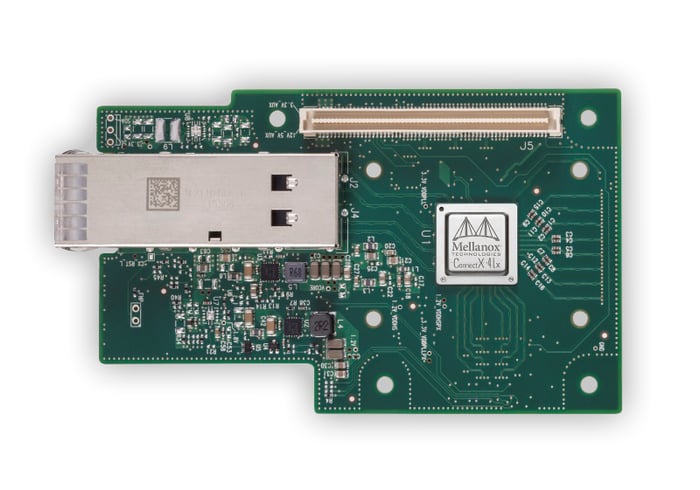 I'm a fan of Mellanox's business. Here are two reasons that it belongs on your watch list.

Now, that kind of growth isn't likely to recur anytime soon -- Mellanox has a number of compelling growth opportunities ahead of it, but as any company's revenue gets larger, the harder it becomes for that company to deliver high growth rates. Nevertheless, if you believe analyst estimates, the company is set to continue to deliver solid growth over the next couple of years.

Indeed, analysts expect the data center connectivity specialist to turn in $1.25 billion in revenue in 2019, representing 14.5% growth. EPS is expected to jump to $6.17 from $5.01 in the prior year, representing 23% growth and outpacing revenue. (Mellanox CEO Eyal Waldman said on the company's most recent earnings call that the company aims to grow operating expenses at a slower rate than it grows revenue, which should lead to operating margin expansion.)

Then, in 2020, analysts expect the company's revenue to hit $1.38 billion, representing a slower-but-still-solid revenue growth rate of 10.6%. EPS is, yet again, expected to outpace revenue growth, with analyst consensus calling for the company to turn in EPS of $6.99 -- up 13.3% from the preceding year.

These estimates represent a collection of guesses from stock market analysts, but given Mellanox's historical growth rates, the growth opportunities ahead of it, as well as management commentary, I think that these estimates are perfectly sensible.

Based on these estimates, Mellanox currently trades at 17 times expected 2019 earnings and 15 times 2020 earnings. While these aren't bargain-basement multiples, they're certainly reasonable. Mellanox, in my view, is a prime example of a "growth at a reasonable price," or "GARP" stock.

I recently profiled three key growth opportunities for Mellanox here. In a nutshell, Mellanox's strong technology position in the Ethernet market should allow it to enjoy sustained revenue growth as the market continues its transition from 10-gigabit Ethernet to 25-gigabit-and-above Ethernet technologies. The company is also pushing into new markets, such as the multibillion-dollar Ethernet switch market (of which it has only captured a small fraction so far) and the nascent market for SmartNICs.

Although Mellanox's growth rate in the coming years probably won't be as high as the 26% that it delivered in 2018, the markets that Mellanox participates in represent large opportunities -- and Mellanox's technology and go-to-market execution has been excellent, giving me confidence that the company will continue to deliver consistent revenue and profit growth in the years to come.

That confidence in the company's growth prospects, coupled with the stock's reasonable valuation, makes me think that Mellanox is a stock that should be on any tech investor's watch list.

You've Never Heard of Mellanox, but It Should Be on Your Watch List @themotleyfool #stocks $MLNX $SOXX Next Article
Current