Shares of IMAX (NYSE:IMAX) rose as much as 14% in early-morning trading on Wednesday. The stock was up about 9% as of 11:42 a.m. EST.  The double-digit move can be credited to better-than-expected fourth-quarter results.

Here's how the company's numbers shook out for the full year 2018: 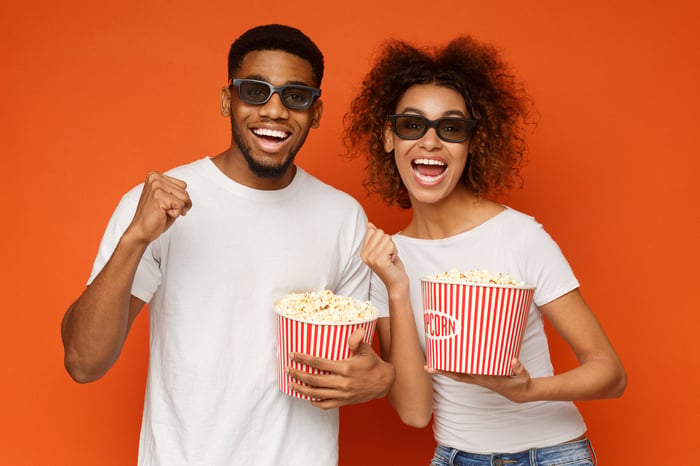 IMAX's CEO Richard Gelfond was quite pleased with his company's performance for the year:

The story is quite simple. Beginning in 2017 we made a series of strategic decisions to turn around our business. From top to bottom, the evidence is clear in 2018 that these initiatives are working as our growth, margin and return metrics are on solidly positive trend lines. We have confidence each of these trends will continue in 2019 and our margin and return improvement should accelerate as we continue to execute against the initiatives we laid out.

IMAX's shareholders have a number of potential blockbusters to look forward to in 2019 such as the final episode of the Star Wars series, a remake of The Lion King, Toy Story 4, and several Marvel films.

As for guidance, management is targeting 185 to 190 new system installs in 2019, with the majority of them occurring in the back half of the year. Operating costs and the company's tax rate are also expected to remain about flat with 2018.

In total, IMAX's results showed that the company is successfully executing against its turnaround plan. Investors have every reason to be pleased with the company's results.