The watchdog that targeted payday lenders is now their best friend.

The Consumer Financial Protection Bureau (CFPB) wanted to end the payday loan industry, then it became its savior.

Earlier this month, though, the enemy of high-cost lenders became its biggest supporter, announcing that it would reconsider some provisions in its plan, and push off their implementation until November 2020 -- if they are implemented at all.

How the CFPB planned to curtail payday lending

The payday loan business is a relatively simple one. Payday lenders provide small, short-term loans to borrowers who can't wait until their next payday to get access to cash. The typical payday loan is sized at about $350, and repaid two to four weeks later, though it varies by the lender and the state in which they operate.

Payday lenders skirt usury laws by assessing the bulk of their charges as fees, not interest. In Mississippi, for example, a borrower might get a $100 advance until their next payday, agreeing to repay the principal and a finance charge of $20 two weeks later. That equates to an APR of 521%.

High effective interest rates allow payday loan companies to lend to just about anyone. Many borrowers ultimately default, but those who do repay their loans more than pay for those who don't. 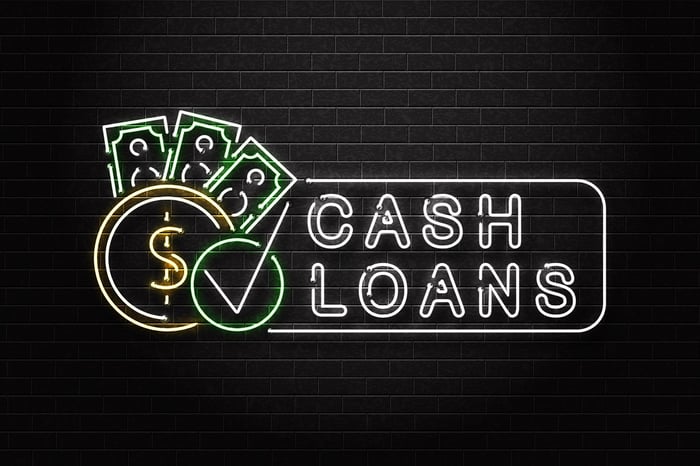 The name of the game is volume. Payday lenders operate out of high-traffic storefronts, often in low-income areas, so a lender may need hundreds of successful loans just to cover the lease payment.

Naturally, to end the industry, the CFPB had to reduce the pool of potential borrowers. To do that, it called for underwriting standards that would make it more difficult for borrowers to qualify for a loan in the first place. Specifically, the CFPB's plan would require lenders to verify borrowers' incomes, obtain credit reports, and project the borrowers' income after basic living expenses to determine the borrowers' ability to repay.

In other words, lenders would only be able to extend loans to people who could afford to pay them back, which is a problem for an industry that makes its money primarily from borrowers' inability to pay off what they owe in a timely fashion, if at all.

Inevitably, most borrowers who take out a payday loan end up on the "treadmill" of repaying their loans by taking out yet another loan, never having enough money to break the cycle of high fees and interest charges. One $100 loan could turn into a never-ending series of $20 or $30 payments every two weeks, payments which cover only the fees and interest, but never the principal.

Along the way, borrowers incur other costs, including overdraft fees and insufficient funds (NSF) fees when automatic loan payments fail because their bank accounts are empty. Over an 18-month observation period of online payday borrowers, the CFPB found that half of all payday borrowers incur an insufficient funds (NSF) fee, resulting in an average of $185 in charges, though the CFPB didn't quantify what proportion of the fees were directly related to failed loan payments.

The CFPB relayed the findings of one study, which found that people who visit brick-and-mortar payday loan stores have an average credit score of 532, which indicates the industry's prototypical customer is already late on other obligations when they walk through the doors. Getting a loan from a traditional bank or credit union to refinance a payday loan is impossible for many on the payment treadmill.

The politics of consumer protection

There's no avoiding the politics that are inherent in the CFPB's decision-making. During his 2008 presidential campaign, Barack Obama made repeated promises about regulating the payday loan industry. His administration delivered on that promise, as the CFPB studied the industry for six years before laying out a roadmap that is currently being unwound.

Under current president Donald Trump, the CFPB has been friendlier to the industries it regulates, including the payday loan industry. The industry has gotten cozy with Trump, too. Last April, the payday lenders' trade group, the Community Financial Services Association of America, held its annual conference at Trump National Doral Golf Club near Miami, Florida.

The CFPB will gut most of the rules it previously sought, leaving only modest changes to payday lending practices. The one rule that remains impacts lenders' collection of loan payments. Most borrowers pay by automatic bank drafts. Under the new rule, after two failed withdrawal attempts, lenders would have to get authorization for any additional withdrawal attempts.

That rule will help borrowers avoid repeated overdraft charges, but it won't protect borrowers from the payday loans that got them there in the first place.