Customers get a look at how one retailer uses the info they give it.

A Minneapolis TV station recently reported that Target (TGT -2.24%) was showing different prices in its app depending on if the customer was at a Target store or not. KARE says it found that customers using Target's mobile app got lower prices on products when they were at home than when they pulled into the store's parking lot and used the app.

Apps for Walmart, Best Buy, and Macy's didn't have such discrepancies, according to the station.

KARE found that using the app in the store or its parking lot brought up the prices of products on the shelf, while customers elsewhere saw online prices, which tend to be lower. Target did tell the station that, "If a guest finds any item for a lower price across any of the ways they can shop Target, we'll price match it." 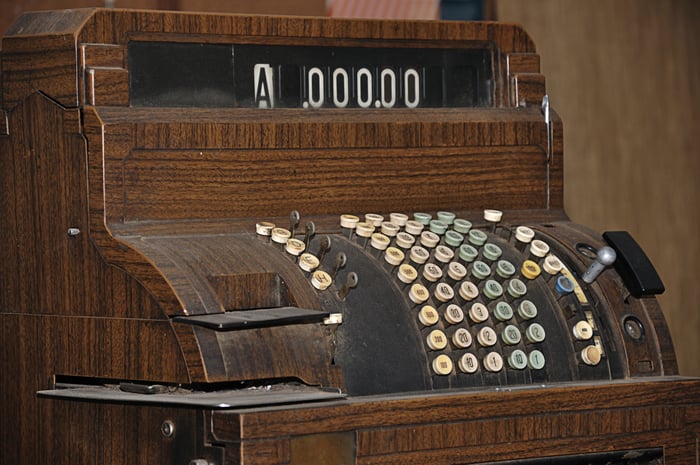 Dynamic pricing is what it's called when prices shift based on things like your location, the day of the week, the time of the day, and a host of other factors. There are a lot of very good reasons that a retailer can -- and maybe should -- institute dynamic pricing. But because consumers don't like thinking that another customer got a better deal than they did on the exact same item (and maybe at the same time), it's a policy that can anger consumers if they believe the retailer has crossed the line from differentiated prices to discriminatory ones.

Dynamic pricing allows a business to lower prices on low-demand goods to get them moving, and raise prices on those that are hot. It also lets a seller instantly match or beat competitors' prices.

Best Buy, for example, was able to offset the impact of showrooming (people checking out items in its stores then buying them online from competitors) by using innovative pricing -- including price-matching -- to help it stage a remarkable comeback. Bed Bath & Beyond is using it to offset the competitive threats it faces from Amazon.com (NASDAQ: AMZN), which itself was an early pioneer in using dynamic pricing, even changing prices multiple times a day during its Prime Day sales depending on how consumers responded to a product.

While Walmart experimented with dynamic pricing in a bid to remain competitive, CEO Doug McMillon ended up admitting the chain did better when it was "playing offense with price" and returned to its everyday low pricing policies.

How committed are you?

The biggest difference between retailers responding to marketplace challenges and what Target was found to be doing is that Target was apparently using the geolocation capabilities of its app to set prices.

KARE quoted George John, a marketing professor at the University of Minnesota Carlson School of Management, as saying the policy is likely based on the idea that the closer you are to the store, the more likely you are to buy the product. You're already partly committed to the purchase.

The TV station noted people can turn off the app setting that gives Target their location.

Retailers are in a difficult position. Fighting Amazon on price is not a winning strategy due to its enormous size and pricing power. And selling a product at a discount to a customer who otherwise would pay full price hurts margins. The crucial component seems to be how transparent a retailer is about the prices it's charging.

Many retailers have different prices for online items versus those in its stores, and they often don't price-match with their own site. Walmart used to have such a policy, but has since changed it, and will now match prices for both Walmart.com and Jet.com.

Because of the widespread use of dynamic pricing, it's not likely Target's reputation will be hurt much by the publicity other than temporarily. However, by changing its policy to be more transparent about pricing, Target could improve its standing as a store consumers can trust.