The medical waste disposal and secure information destruction company is installing new leadership to lead the next phase of its turnaround.

Stericycle (SRCL -1.09%) is in the midst of a comprehensive business transformation. Its latest initiatives weren't able to stop revenue from sinking during the fourth quarter, but they did get the company's earnings heading in the right direction -- at least temporarily -- as its adjusted profit came in above expectations. However, Stericycle still has more work to do, which is why it's transitioning to a new leadership team to drive the next phase of its turnaround strategy. 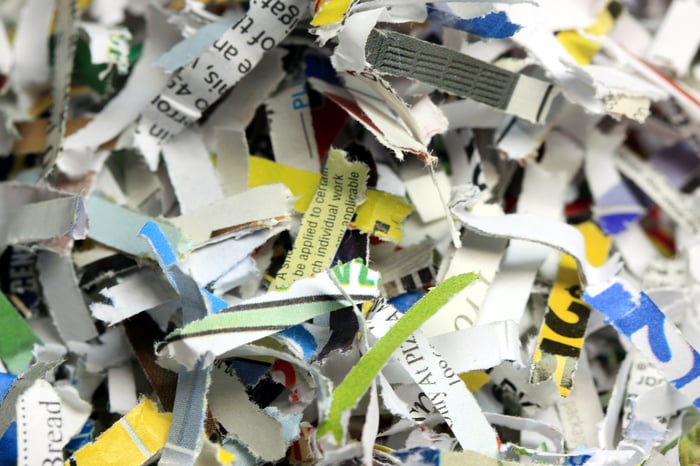 CEO Charlie Alutto commented on the quarter: "Our performance in the quarter was in line with our expectations, with strength in our core Secure Information Destruction business and positive momentum in the regulated medical waste business." As noted above, revenue from secure document destruction rose by double digits during the quarter and was up 10.6% for the full year. That solid result enabled the company to achieve its revised guidance and it helped partially offset weakness elsewhere.

Click here for the latest earnings call transcript for Stericycle.

Stericycle announced that Alutto, who has been CEO since 2013, will retire in early May. The company named current COO Cindy Miller to replace him and lead the next phase of its turnaround. Stericycle also said that its CFO would head its international division upon finding a successor.

In commenting on what lies ahead, Miller stated that "our Business Transformation, including portfolio rationalization, continues to be a priority for 2019," with the company pursuing strategic alternatives for its communications business, as well as other noncore assets and geographies. At the same time, Stericycle will continue investing in its transformation initiatives, including implementing an enterprise resource planning software solution to help optimize its operations. As such, the company remains in transition.