Today marks 10 years to the day since the Treasury Department and the Federal Reserve announced a restructuring of insurance giant AIG (NYSE:AIG). Here's a look back at the key events that led up to the government-assisted restructuring, as well as a quick look at how AIG is doing a decade later.

Prior to the onset of the financial crisis, American International Group, or AIG, was the world's largest insurance company. It had more than 30 million U.S. customers, including 6 million with retirement accounts. It was the largest life insurer, health insurer, and issuer of fixed annuities in the U.S. 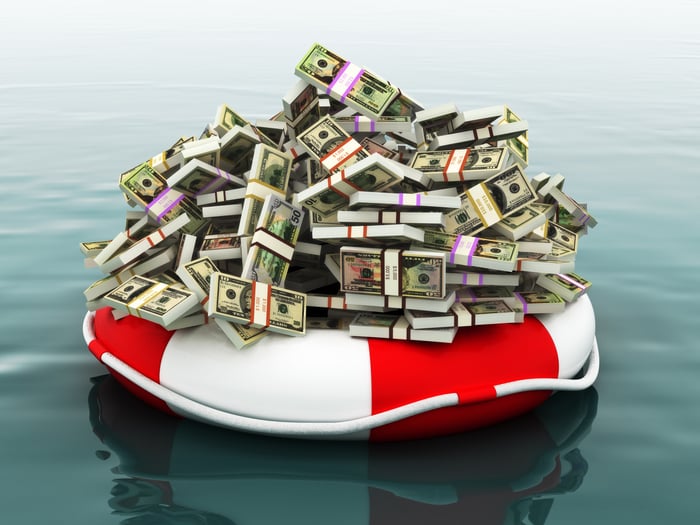 Thanks to losses on its mortgage-related investments and some of its other assets, AIG ran into serious liquidity problems by autumn 2008. In fact, by September, it was uncertain if the company would survive at all -- credit-rating downgrades triggered collateral calls on credit-default swaps, which the company was unable to meet.

Without getting too deep into a "too big to fail" discussion, the general consensus at the time was that it wasn't in the public's best interest to simply let AIG collapse. The insurer had over 76 million customers worldwide, 30 million of whom were in the U.S., so a bankruptcy of this magnitude would not only have possibly harmed AIG's policyholders, but could have destroyed what little remained of confidence in the U.S. financial markets.

Check out the latest earnings call transcript for AIG.

AIG and the financial crisis: A brief timeline

March 2, 2009 was the date of the government-assisted restructuring announcement, but in reality, the AIG saga played out over several years. Here are some of the important dates as AIG embarked on the road to recovery. (Note: This is not an exhaustive list of everything that happened with AIG during the financial crisis era.)

September 16, 2008 -- This was just after AIG received a credit downgrade and was unable to meet certain obligations. In order to prevent the firm's collapse, the Federal Reserve authorized an $85 billion revolving credit line for AIG. This solved the short-term liquidity problems, but AIG was still vulnerable.

November 10, 2008 -- In an effort to improve AIG's chances of successfully repaying the government, the terms of AIG's credit facility were modified. The interest rate was reduced by 550 basis points to LIBOR (London Interbank Offered Rate) plus 300, and the fee on undrawn funds was dramatically reduced from 850 basis points to 75. Plus, the length was extended to five years from two in order to give AIG more time to repay. At the same time, the credit facility was reduced in size by $25 billion, but the Treasury agreed to buy $40 billion of AIG preferred shares under TARP (Troubled Asset Relief Program). Finally, the Fed approved the creation of two new lending facilities, specifically to relieve the pressure associated with two MBS portfolios.

March 2, 2009 -- As mentioned, this was the date when the Treasury and Federal Reserve announced an assisted restructuring of AIG. Steps were taken to reduce AIG's leverage and give the company even more ability to borrow under TARP.

March 8, 2010 -- AIG announced the sale of ALICO to MetLife for $15.5 billion. Proceeds from the sale were used to redeem outstanding preferred shares owned by the Federal Reserve. This was the first of several asset sales by AIG. As of November 1, 2010, AIG had raised about $36.7 billion from this sale and its IPO of AIA Group. Asset sales would continue for several more years, with 17 more sales taking place by the end of 2016.

March 1, 2013 -- AIG announces that it had paid back all of the assistance it received, which resulted in a profit of $22.7 billion for the government.

AIG received federal aid totaling $182.3 billion during the financial crisis, and at one point, the Treasury controlled a staggering 92% of the value of AIG common stock. The money has since been repaid, but it's fair to say that even a decade later, many people still associate the name AIG with the term "bailout."