Warren Buffett is one of the most famous investors in the world, and his track record at Berkshire Hathaway (NYSE:BRK.A) (NYSE:BRK.B) is an amazing testament to the power of long-term investing. By making smart decisions with his capital, Buffett has been able to generate impressive returns, and Berkshire's shareholders have reaped the rewards of his vision.

Buffett has a lot of things going for him, but above all else, one thing has been integral to Berkshire's success. As the Berkshire CEO explained in his annual letter to shareholders, the key engine of the financial giant's growth has been its property and casualty insurance business, and the most important asset that allows Buffett to use his profitable business model to perfection is what he calls the "float" -- an asset that now exceeds $122 billion. 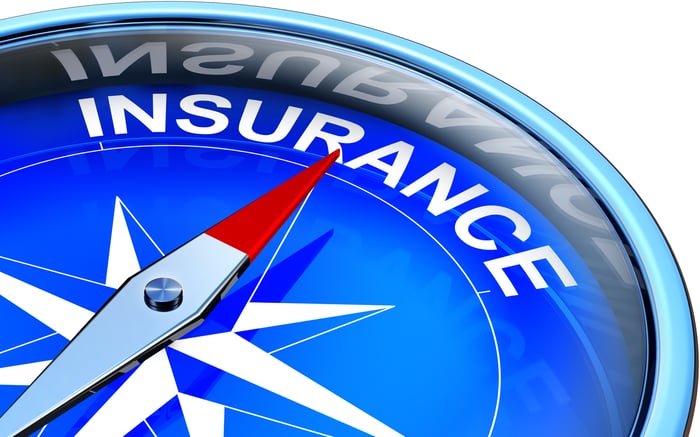 With some insurance specialities, the float isn't necessarily all that big a deal. For instance, with prescription drug insurance coverage, an insurer might charge a monthly premium but then immediately pay out claims to meet the policyholder's prescription needs. In that case, the insurer won't have the float for very long, and so it'll be tough to invest it effectively.

Berkshire, though, specializes in types of business that can have a long time frame between a customer obtaining a policy and an eventual loss claim. As Buffett notes, risks like asbestos liability or workplace accidents can sometimes occur decades after a policy is purchased. That enables Berkshire to invest its float for the long run -- and that in turn is why Buffett is able to buy so many stock holdings for Berkshire's portfolio.

How Berkshire's float has grown

From there, Buffett continued to build up its business, but the pace of that growth slowed dramatically. Even so, 2010's float figure came in at $65.8 billion -- double where it had been 10 years earlier. And currently, thanks in large part to a long bull market and continued growth in its insurance operations, Berkshire boasts $122.7 billion of float.

Buffett would love to see further growth in Berkshire's float, but competitive pressures make it a challenge. It's easy to write new insurance business, but it's hard to do so while retaining the excellent underwriting track record that Berkshire has enjoyed over its history. The disaster-laden year of 2017 is the only year out of the past 16 in which Berkshire suffered an underwriting loss. Being disciplined ensures that Buffett won't end up paying too much to keep his float growing.

Indeed, Buffett noted in his shareholder letter that float levels could eventually drop. However, the rate of decline won't be anything like what Berkshire saw in growth on the way up, because of the nature of the insurer's contracts. Buffett has structured policies so that Berkshire never faces a huge short-term drawdown in its cash reserves -- and that gives the insurer the time to come up with the resources to pay even the most catastrophic of claims if they arise.

Berkshire Hathaway remains strong, and a key driver of its growth will continue to be the insurance business. Buffett knows how important that part of the company has been for its overall success, and he'll make sure that it continues to operate effectively for years into the future.