Please ensure Javascript is enabled for purposes of website accessibility
Free Article Join Over 1 Million Premium Members And Get More In-Depth Stock Guidance and Research
By Steve Symington - Updated Apr 11, 2019 at 10:31AM

The travel commerce platform leader ended 2018 on a strong note. But investors' focus should be on its impending plans to go private.

But that deal is also still subject to both shareholder and regulatory approvals. So in the meantime, let's take a closer look at how Travelport ended 2018, and what investors can expect in the coming months. 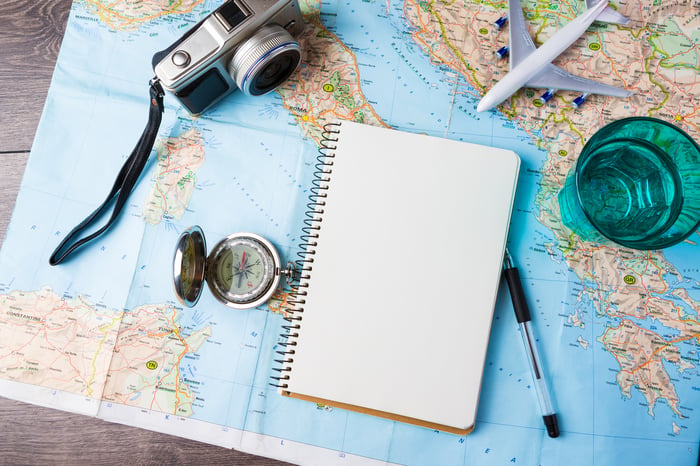 At the time of the acquisition announcement in December, Travelport Board Chairman Doug Steenland stated:

This is a good outcome for Travelport's shareholders. Assisted by external advisors, the Board concluded unanimously, after taking into account the ongoing development needs of the business, that entering into this agreement represents the best way to maximize value for shareholders. It also enables the company to continue its work to position itself for growth in the evolving global travel industry.

I am pleased to report that we ended the year with all of our full year key financial performance measures either in line with or better than management expectations and guidance. We also made significant operational progress across our four customer priorities of delivering superior choice, performance, experiences and intelligence in travel and payments. In December, we announced we entered into a definitive merger agreement to be acquired by affiliates of Siris Capital Group, LLC and Evergreen Coast Capital Corp. We continue to work toward finalizing the merger, which currently is expected to close in the first half of this year.

Travelport is no longer providing forward guidance in light of its impending acquisition. To that end, Travelport shareholders of record on Feb. 4, 2019, are set to vote on the acquisition at a special shareholder meeting on March 15, 2019. Investors should note that Travelport's board of directors has unanimously approved the deal, and recommends shareholders vote in favor as well. And Elliott Management -- the private equity affiliate of Evergreen Coast Capital -- has agreed to vote in favor with its nearly 12% stake in the company.

To be clear, it's hard to blame investors disappointed by the terms of the deal, considering the purchase price is well below Travelport's 52-week high (of $20.30 per share) set last summer -- though it also marks a nearly 19% premium from Travelport's 52-week low set in November.

Nonetheless, after coupling the challenging market headwinds Travelport has faced in recent quarters with the glowing approval by its board of the proposed acquisition, it seems clear Travelport isn't too keen on the idea of moving forward as a publicly traded company. So whether it secures the necessary approvals or not, and assuming waiting longer to sell won't result in more favorable long-term capital gains tax treatment, I think Travelport investors would do well to sell their shares and put their money to work elsewhere.