New competition hurt one of these stocks.

Monday was a down day on Wall Street, with major market indexes falling as much as 0.8%. Early excitement about further progress in trade talks between the U.S. and China gave way to nervousness about how much longer stocks can keep climbing. As the 10th anniversary of the bull market approaches, some investors fear that stock prices have gotten overextended. Bad news from several corners of the market also weighed on sentiment. Hawaiian Holdings ( HA -5.36% ), Okta ( OKTA -7.97% ), and Enbridge ( ENB -1.25% ) were among the worst performers. Here's why they did so poorly.

Shares of Hawaiian Holdings lost 11% as the airline had to deal with the highly publicized entry of a competitor into its home market. Over the weekend, Southwest Airlines ( LUV -4.17% ) started offering fare deals as low as $49 each way for flights between the West Coast and Hawaii, and demand was particularly strong. Southwest will also offer service between the various islands in the Hawaiian chain, and that could eat into its rival's dominance of those markets. With a possible price war looming, Hawaiian's profits are likely to come under pressure at least until the two airlines can find a new equilibrium in serving the market. 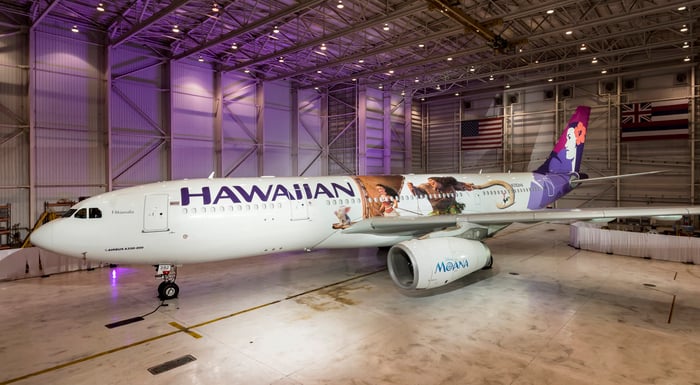 Okta saw its stock drop 8% in anticipation of a week of earnings results from companies in the software-as-a-service (SaaS) industry. Okta reports Thursday, and investors have high expectations, including calls for revenue to soar 39% from year-earlier levels. Of more immediate importance will be earnings results from salesforce.com, which will report after the market closes on Monday. For a long time, Okta has been able to grow in the password protection and security authentication niche. But the big question is whether investors have gotten ahead of themselves with their expectations. Shareholders should get a definitive answer this week with the latest readings from the broader SaaS industry.

Check out the latest earnings call transcripts for Hawaiian Holdings, Okta, and Enbridge.

Enbridge suffers from a delay

Finally, shares of Enbridge fell 6%. The pipeline giant said late Friday that its key Line 3 replacement project wouldn't go forward as quickly as anticipated, due to later-than-expected grants of environmental permits from the state of Minnesota. Now, the company expects the $9 billion project to come in service by the second half of 2020, disappointing those who had hoped the pipeline could come on line as early as the end of 2019. The pipeline isn't Enbridge's only strategic growth asset, but it will play a key role in the company's overall future, and shareholders aren't happy about having to wait longer to see it come to fruition.