The educational technology specialist announced a slew of new partnerships and programs ahead of its latest quarterly report.

Shares of 2U ( TWOU -0.85% ) jumped 29.6% in February, according to data from S&P Global Market Intelligence, as the online education platform leader delivered strong fourth-quarter 2018 results.

But not all of 2U's gains last month were the direct result of its impressive quarter. Rather, the stock steadily climbed higher in the weeks leading up to its report as the company announced a bevy of new and expanded partnerships with the likes of LinkedIn, Keypath Education, and The We Company, as well as new short courses and graduate programs with organization's including Tufts University, Syracuse University, and EGADE Business School at Tecnologico de Monterrey -- the last of which will mark 2U's first full degree program in Latin America when it launches this fall.

Check out the latest earnings call transcript for 2U. 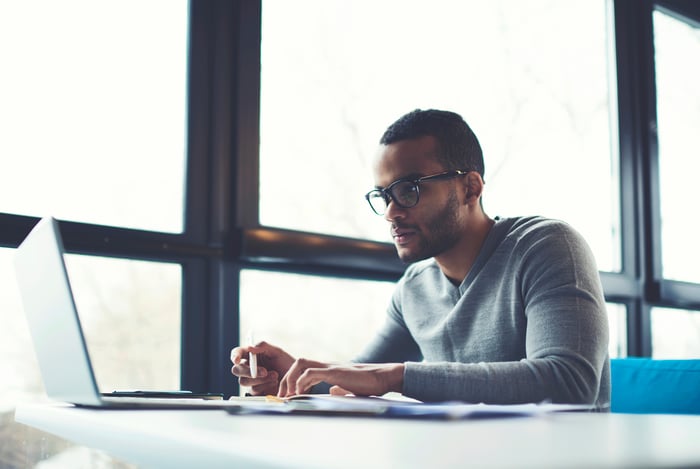 2U co-founder and CEO Chip Paucek argued that the results demonstrate the "strength and resilience" of the business, adding: "Our commitment to investing in sustained growth not only sets 2U apart in the education technology industry, but will allow us to better meet the evolving needs of our partners and the marketplace."

As such, 2U also increased its full-year 2019 guidance for revenue to be in the range of $546.6 million to $550.8 million, which should translate to a net loss per share of $0.37 to $0.33. Long-term shareholders should note that in exchange for incurring the bulk of setup costs for each of its programs -- hence its near-term losses -- 2U receives the majority of the tuition revenue from those programs over the course of its long-term contracts.

All things considered, this report contained everything a patient shareholder could have asked of 2U as the company steadily builds out its portfolio of courses and global partners. And 2U stock responded in kind.

Why 2U Stock Popped Today