Please ensure Javascript is enabled for purposes of website accessibility
Log In Help Join The Motley Fool
Free Article Join Over 1 Million Premium Members And Get More In-Depth Stock Guidance and Research
By Dan Caplinger - Updated Apr 11, 2019 at 11:16AM

Analysts played a major role in boosting these stocks.

Tuesday was quiet on Wall Street, and major stock indexes edged lower without straying too far from where they started the session. Market participants seemed content to wait for more definitive news on key issues, including global trade, economic growth, and the U.S. debt ceiling. However, analysts spoke up about some promising stocks, sending their share prices higher. Aurora Cannabis (ACB 7.75%), Ctrip.com International (TCOM 4.05%), and Carvana (CVNA 10.06%) were among the top performers. Here's why they did so well.

Shares of Aurora Cannabis jumped 12% after the Canadian cannabis company got favorable remarks from stock analysts. Cowen came out with its latest look at the marijuana industry, and it called out Aurora as its top pick with a rating of outperform. In Cowen's view, Aurora has already made important first moves in the fast-growing marijuana market, and it's also likely to be among the first to see adjusted pre-tax operating earnings go positive -- possibly as soon as this summer. With prospects to climb above $10 per share if Cowen's price target gets met, Aurora investors could see even greater returns in the near future. 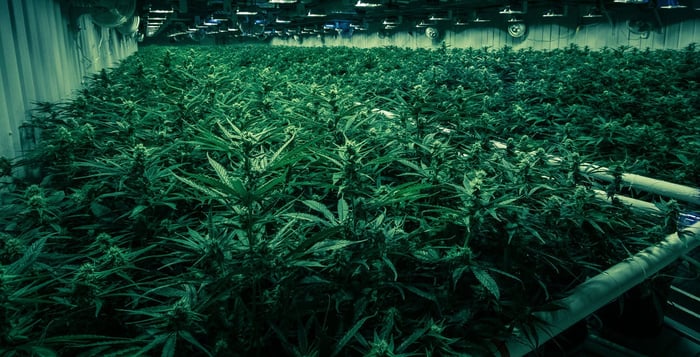 Ctrip takes to the skies

Ctrip.com International saw its stock soar more than 19% following its release of fourth-quarter financial results. The Chinese online travel specialist said that revenue was higher by 22% from the year-ago quarter, with solid gains in its international market, as well as in lower-tier cities within China. Gains in accommodation bookings, transportation ticketing, packaged tour revenue, and corporate travel all contributed to the company's growth. As China continues to see strong economic growth and as more people move toward urban areas within the country, Ctrip sees plenty of opportunities to serve more customers, and several stock analysts weighed in with favorable views of the online travel company's prospects.

Check out the latest earnings call transcripts for Ctrip.com, Carvana, and other companies we cover.

Finally, shares of Carvana picked up 14%. The online auto dealer was the subject of an interesting analyst note from Morgan Stanley, which observed that Tesla's attempts to move to an all-online sales system seemed to follow in the footsteps of Carvana's business model. For its part, Tesla faces some challenges from state laws requiring dealer intermediaries for auto sales, but the fact that analysts drew favorable parallels to Carvana's fast-growing business cast a positive light on its prospects. Carvana shares have been on the rise since its fourth-quarter report last week, and it seems to have positive momentum heading into the rest of 2019.