Shares of the cosmetics company bounced on a better-than-expected earnings report and a tender offer from its biggest shareholder.

Shares of Coty (COTY -1.00%) were surging last month after the cosmetics maker turned in a better-than-expected earnings report and a major investor sought to take majority control of the company.

Both news items gave a significant lift to the beaten-down stock, pushing it up 42% in February, according to S&P Global Market Intelligence Data. As the chart below shows, the stock's gains came on two distinct pops at the beginning of the month. 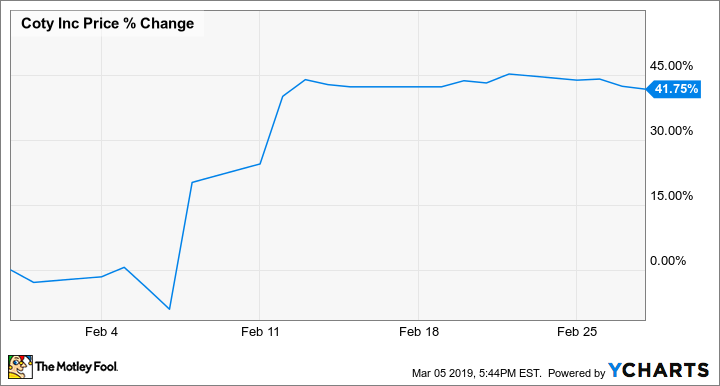 Coty stock climbed 32% on Feb. 8 when its second-quarter earnings report came out. The company beat analyst estimates and seemed to be making turnaround progress after supply chain issues marred its first quarter.

Check out the latest earnings call transcript for Coty. 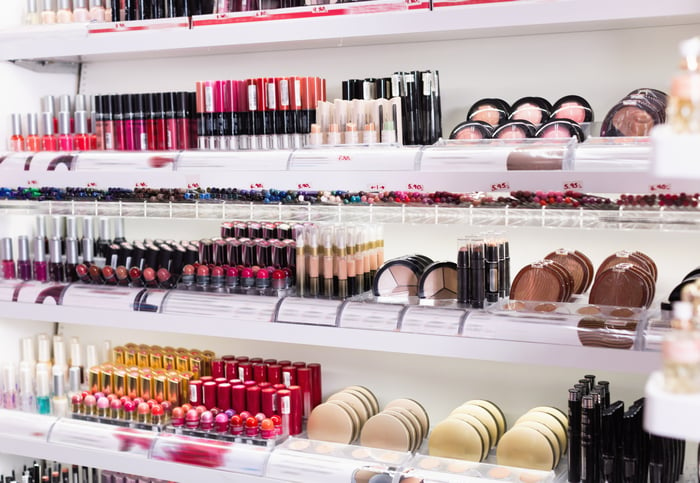 Organic sales -- which strip out the impact of divestitures, acquisitions, and currency exchange -- rose 0.7%. But the company said temporary factors added about 2% growth to its organic sales, meaning revenue declined slightly after adjusting for those. Overall revenue fell 4.8% to $2.51 billion, due mostly to a strong dollar, but that beat estimates at $2.47 billion. On the bottom line, adjusted earnings per share dropped from $0.32 to $0.24, though $0.05 of the decline owed to a tax benefit. That result also topped expectations at $0.22.

Just four days later, JAB Holdings, the European private-investment giant best known for its ownership of brands like Panera Bread and Krispy Kreme and its stake in Keurig Dr Pepper, announced a partial tender offer to gain majority control of Coty. JAB said it was seeking 150 million shares at an offer price of $11.65 a share, a 21% premium to the closing price the day before. If accepted, the move would raise JAB's stake from around 40% before the offer to 60%.

Shares of Coty have hovered around $11 since JAB made its partial tender offer. Coty management said it formed a special committee to evaluate the offer, but has not made a decision on it.

Meanwhile, the company was upbeat in its guidance in its second-quarter earnings report, calling for a "profit trend recovery" in the second half of the fiscal year, though it said adjusted operating income would be moderately lower for the year.

With the company's decision on the JAB offer pending, the stock should move one way or the other once the board makes an announcement.