At The Motley Fool, we love Warren Buffett for many reasons, including his advocacy of buy-and-hold investing and his penchant for picking up great companies to invest in. The idea of finding stocks that might appeal to the legendary investor excites us, as it does so many investors around the world who seek to replicate Buffett's investing style in a bid to build fortunes in the long run.

So, when we asked three Motley Fool contributors to name one stock each that they believe would appeal to Warren Buffett, they came up with Dollar General (NYSE:DG), Iron Mountain (NYSE:IRM), and Cronos Group (NASDAQ:CRON).

Rich Duprey (Dollar General): Businesses Buffett tends to like have a consumer-oriented flavor to them, like Coca-Cola or Sees Candy. They also tend not to be sexy (which is why for most of Buffett's career, he swore off tech stocks), and they have proven business models that offer a good value. As deep-discount chain Dollar General generally hits all the bases, it ought to be a business Buffett would find attractive. 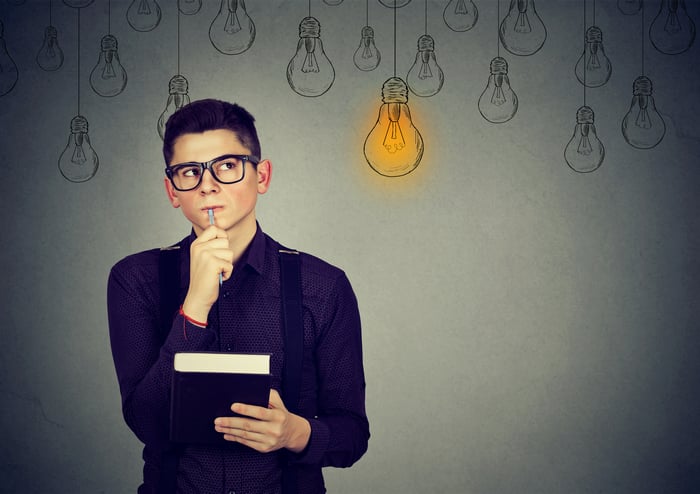 As the leading dollar store with over 15,000 locations, it's remarkable that Dollar General is still in expansion mode, but it believes there is still opportunity to be found. One area where it's looking to increase its footprint is in bringing produce to so-called "food deserts," typically a low-income, urban area where it's difficult to buy fresh produce. Dollar General stores are often located in such regions, and the company is remodeling 1,000 stores this year with plans to introduce produce into 200 of them. About 425 stores currently carry produce.

Unlike rival Dollar Tree, which prices everything at $1, Dollar General offers multiple price points, allowing it to offer goods not usually associated with a deep discounter. Although Dollar Tree also owns the Family Dollar chain, which also uses the multiple price point model, it is an ailing business, and activist investors are trying to get the company to dump it. Dollar General undoubtedly dodged a bullet when it lost the bidding war to its rival.

Although Dollar General stock has risen 25% over the past year, it still trades at just 21 times trailing earnings and less than 18 times next year's estimates, and analysts see it growing earnings at 14% annually for the next five years. It even pays a modest dividend of $1.16 that currently yields 1%.

As the leading chain in a still-growing segment of the retail industry, Buffett and investors would do well to take a closer look at Dollar General.

A REIT with a moat Buffett would love

Neha Chamaria (Iron Mountain): Warren Buffett fans probably know about the only real estate investment trust (REIT) that's recently made it into Berkshire Hathaway's portfolio: Store Capital. Store Capital has several things going for it that could've attracted Buffett's attention, but there's another REIT that I believe Buffett would love just as much, if not more, for its economic moat: Iron Mountain.

An economic moat, or a strong competitive advantage, is a key criterion Buffett seeks in companies in which he invests. Iron Mountain is a business storage REIT, or a company that owns and manages storage facilities and data centers for organizations to store everything, from physical records to cloud-based data. Picture this: Iron Mountain currently serves more than 225,000 customers, including 95% of Fortune 1000 companies, through 1,000 facilities across 54 countries. As if its size and scale aren't impressive enough, the company has a customer retention rate of 98%, which reflects brand loyalty, and that is a strong economic moat in and of itself.

Data storage in particular has not only helped Iron Mountain diversify, but it also offers incredible growth potential as the demand to store and protect data grows alongside technological advancement in the world. As a REIT, Iron Mountain is also a great dividend-paying stock Buffett might love: It aims to grow its dividend at a compound annual rate of at least 4% through 2020, and it currently yields a hefty 6.8%. With an unbeatable footprint in business storage, growing presence in high-potential data storage, and a strong dividend to boot, Iron Mountain's Buffett-like stock characteristics are hard to ignore.

A pot stock that truly stands out

George Budwell (Cronos Group): A super-risky pot stock may not sound like a traditional Warren Buffett pick, but Cronos Group is no ordinary cannabis play. In an inchoate industry filled to the brim with would-be competitors, myriad regulatory risks, and weak economic moats, Cronos has slowly built out a business that stands apart from the crowd.

Cronos, for instance, was the first company to sign a major development deal with a partner other than a top beverage-maker. Last year, Cronos and tobacco titan Altria signed a $1.8 billion agreement that gives the company a potentially devastating first-mover advantage when it comes to entering the U.S. cannabis market -- that is, following the eventual end of prohibition in the country. More specifically, Cronos -- through its partnership with Altria -- now has the economy of scale, regulatory expertise, and infrastructure required to edge out most -- if not all -- of its closest competitors in the vast American marijuana market.

But that's not all. Cronos is also trying to figure out a more cost-effective way to produce so-called rare cannabionoids at commercial scales through a partnership with Ginkgo BioWorks. The goal of this development deal is to to scale up the production of certain rare cannabinoids that might be useful in a variety of medical conditions. As such, this seminal partnership could provide Cronos with yet another major advantage over the broader field of cannabis players.

All told, Cronos is one of the few cannabis companies with a clear path toward a viable economic moat, which is a feature that should appeal to even the most conservative of value investors like Buffett.