This move would likely give the social network an even greater competitive advantage.

Facebook (META -1.19%) CEO Mark Zuckerberg has talked in depth on recent earnings calls about a growing shift in social networking to private messaging and stories. "People feel more comfortable being themselves when they know their content will only be seen by a smaller group and when their content won't stick around forever," Zuckerberg said on an earnings call last October.

In a note published on Wednesday, Zuckerberg detailed how Facebook plans to capitalize on this shift. The CEO laid out a vision that will require the company to evolve and build its services around privacy-focused communications. 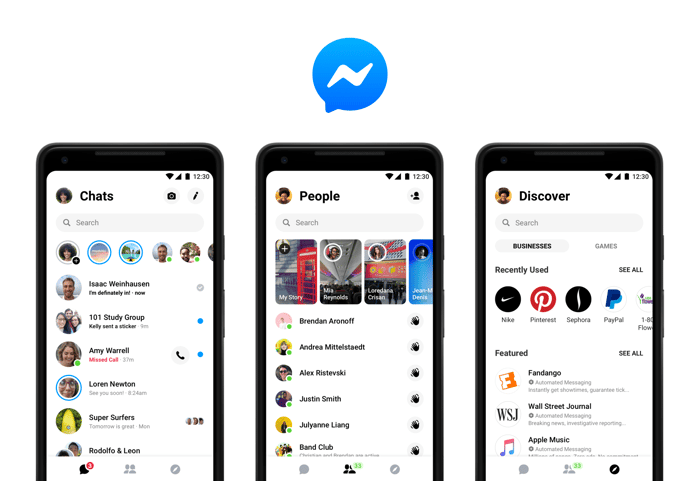 Until now, Facebook has primarily focused on connecting the world through a public medium -- its core Facebook social network platform. But now the company wants to help people connect privately in "the digital equivalent of the living room."

Zuckerberg explained: "As I think about the future of the internet, I believe a privacy-focused communications platform will become even more important than today's open platforms. Privacy gives people the freedom to be themselves and connect more naturally, which is why we build social networks."

Facebook already has ways for users to communicate privately, and to share stories that are erased after twenty-four hours. Users can message each other through the company's platforms Messenger, WhatsApp, and Instagram (via Instagram's Direct messaging feature), and they can share stories on any of these. But Zuckerberg wants to make private messaging as seamless as possible by allowing it to happen cross-platform.

"We plan to start by making it possible for you to send messages to your contacts using any of our services, and then to extend that interoperability to SMS too," Zuckerberg explained. "Of course, this would be opt-in and you will be able to keep your accounts separate if you'd like."

Facebook's ambition for a cross-platform private messaging service extends far beyond messaging. Zuckerberg said the company would build out this interoperability much as it expanded WhatsApp: start by fine-tuning messaging and secure communication, "and then build more ways for people to interact on top of that, including calls, video chats, groups, stories, businesses, payments, commerce, and ultimately a platform for many other kinds of private services."

While creating this enhanced network is undoubtedly a huge task, Facebook has a significant foundation to build on. As of the company's most recent updates on the monthly user numbers of its messaging platforms, WhatsApp and Messenger boasted 1.5 billion and 1.3 billion monthly active users, respectively.

Further highlighting how powerful Facebook's network effect would be if the company enabled cross-platform private communication, management said on its most recent earnings call that it boasted 2.7 billion people who used at least one of its applications in December, and over 2 billion people who were active daily.

If Facebook succeeds with Zuckerberg's vision to allow cross-platform private messaging, the company's lead over its competition would arguably be greater than it has ever been.