iRobot stock skyrocketed as much as 16% on Feb. 7, 2019, alone after the quarterly report hit the wires. In it, iRobot confirmed revenue in the holiday period increased 17.7% year over year to $384.7 million, translating to adjusted net income of $0.84 per share. Both figures were well above consensus estimates for earnings of $0.50 per share on revenue closer to $381 million.

Check out the latest earnings call transcript for iRobot. 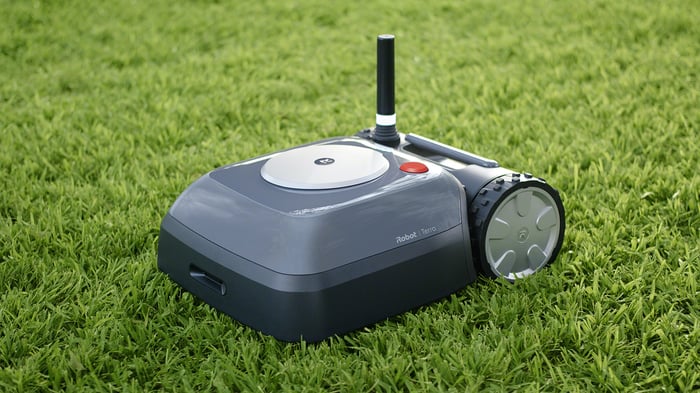 iRobot chairman and CEO Colin Angle credited the "phenomenal finish 2018" to strong demand for the company's innovative new Roomba i7 and i7+ robotic vacuums, which drove an 18% increase in domestic revenue to $215.4 million. International revenue also rose more than 17% (to $169.3 million), helped by a 25% increase in Braava floor-mopping robot sales in Japan.

It certainly helped that iRobot was still riding the positive momentum from the late-January unveiling of its new Terra robotic lawn mower -- a move that should open up a new multibillion-dollar market for the company starting with Terra's commercial launch in Germany and a beta launch in the U.S. later this year.

Looking ahead to 2019, Angle noted iRobot is engaging a contract manufacturer to build several Roomba models outside of China to mitigate the impact of tariffs. He also teased that iRobot is planning to introduce several additional new products around the middle of 2019.

In the meantime, iRobot is targeting full-year 2019 revenue of $1.28 billion to $1.31 billion, good for year-over-year growth of 17% to 20%, with earnings per diluted share of $3.00 to $3.25 (compared to $3.07 in 2018). On the latter, keep in mind iRobot will continue investing heavily in research and development and marketing in order to sustain top-line growth and solidify its leadership in the budding home robotics market.

3 Charts That Might Have iRobot Shareholders Going in Circles
413%