The company jumps into problem-solving mode in the first few months after purchasing a food distribution rival.

Food wholesale giant United Natural Foods ( UNFI -2.52% ) has encountered a kink in its acquisition of competitor SUPERVALU: The wholesale and retail food distributor is performing below expectations just months after United Natural Foods (UNFI) purchased it for approximately $2.9 billion last October. UNFI's fiscal second-quarter 2019 earnings, reported on Wednesday, also revealed a goodwill impairment charge related to the transaction that hurt net income and earnings per share. Note that in the discussion that follows, all comparable numbers refer to the prior-year quarter, the fiscal second quarter of 2018. 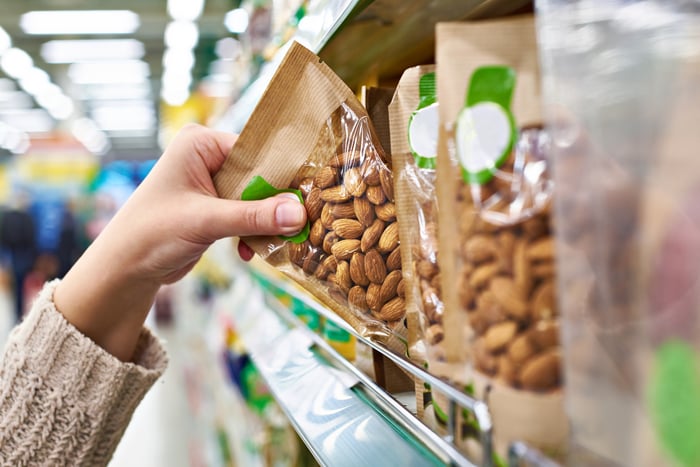 While Q2 was a disappointment that will have a carryover effect on how we're thinking about the balance of the year, the challenges that we're facing are short term in nature. We can fix them. I'm encouraged by the many positive improvements we're seeing in this business and the opportunity that's ahead of us to create the largest and most sophisticated supply chain and services network for retail grocery throughout the U.S. and Canada. Our teams are highly focused, and we are coming together quickly, [to] capture our synergies and execute our strategic vision.

UNFI adjusted its earnings outlook heading into the second half of its fiscal year. The wholesaler still expects revenue of $21.5 billion to $22 billion for fiscal 2019. Adjusted EBITDA, however, is now anticipated to settle between $580 million and $610 million, versus a previous range of $650 million to $665 million, due largely to SUPERVALU's early stumbles. Thus, it may take a few additional quarters for shareholders to realize the promised value of this merger of grocery distribution specialists.