Snap, iQiyi, and Canopy Growth are smoking the market this year.

There are a lot of stocks making big moves this year. I recently took a closer look at three investments that have more than doubled in 2019. Now it's time to look at some other highfliers that didn't make the cut.

Shares of Snap (SNAP 7.07%), iQiyi (IQ -2.50%), and Canopy Growth Group (CGC 6.16%) have all trounced the market this year. They haven't doubled just yet, but they've all gotten close through just the first two months and change of 2019. Let's take a closer look at how these market-thumpers are winning over investors this year. 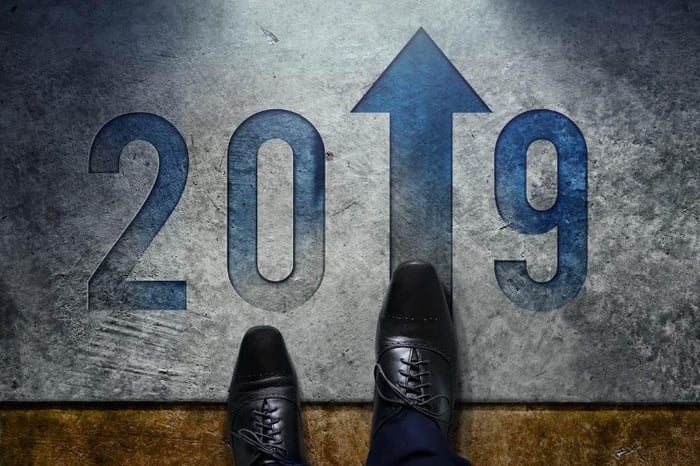 One of this year's most unlikely winners is Snapchat parent Snap. The social "camera" company has been a market laggard since going public at $17 two years ago, but it's bouncing back in 2019 on the heels of a better-than-expected fourth quarter.

Snap's revenue rose 36% to $389.8 million during the final three months of 2018, ahead of the 32% top-line lift analysts were targeting. Losses continue, and the daily active users count has been flat sequentially and year over year. However, a 37% surge in average revenue per user is giving investors some breathing room as monetization continues to improve at Snapchat.

Investors were burned by a hot start last year. The stock soared after a hot holiday quarter, too, only to take big hits after the next three quarterly reports. Thankfully for Snap, it's seeing stability when it comes to its active users, suggesting that Snapchat is finally over the poorly received app update it rolled out more than a year earlier.

Check out the latest earnings call transcript for Snap, iQiyi, and Canopy Growth.

China's leading streaming video specialist is also rolling after a blowout financial performance. Revenue soared 55% in its latest quarter. Most Chinese users stream from iQiyi's growing streaming platform for free, but it's doing a great job of getting folks to pay up for proprietary content and ad-free streams.

iQiyi experienced a 76% burst in membership-services revenue, and that was more than enough to lift the modest single-digit percentage uptick in ad revenue. China's economy may be slowing, but free or economically priced video entertainment should fare well in most scenarios.

Investors in marijuana stocks are riding some pretty big highs lately. A lot of cannabis-friendly shifts -- from the hemp-friendly U.S. Farm Bill that passed late last year and the recent legalization of recreational marijuana in Canada -- are sending speculators into what is only a handful of viable pot stocks.

Canopy Growth is the world's largest medical cannabis company with an established international presence through several licensed cannabis production sites. Revenue skyrocketed 282% in its latest quarter, and Canopy Growth has established itself as a bellwether for the industry.

Marijuana is no longer taboo for mainstream investors. Just last week Canopy Growth teamed up with the NHL Alumni Association and NEEKA Health Canada to form a clinical research partnership to explore the efficacy of cannabinoids in assisting former hockey players with post-concussion neurological diseases.

The stock trades at a steep multiple, recently poking its head into a triple-digit revenue multiple on a trailing basis. However, investors are buying Canopy Growth now based on expectations for the future. The opportunities will be plentiful for the lead players, but investors will also want to keep an eye on new entrants as the playing field grows alongside the expanding potential.