The maker of mobile app-building platforms ran out of rocket fuel last month, at least temporarily.

Shares of Phunware (PHUN -3.60%) fell 90.1% in February, according to data from S&P Global Market Intelligence. This was a quick reversal for the maker of mobile app development tools, which posted a 2,000% gain in January.

Phunware's big January gains started when the company merged with capital investment firm Stellar Acquisition III, converting an investment at arm's length into a direct source of funds to power Phunware's day-to-day operations and strategic goals. The boost continued as Phunware announced a few technology patents and launched a blockchain-based token for use in games and apps developed on its software platforms. 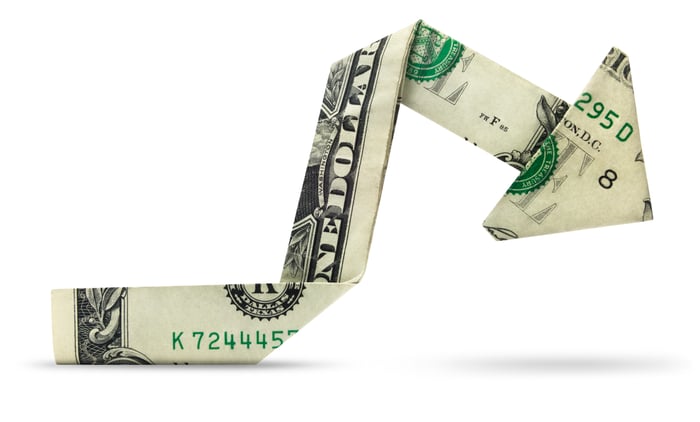 In early February, a Securities and Exchange Commission filing made it known that the investors behind Stellar will sell more than 20 million Phunware shares and 10 million warrants. The company won't see any proceeds from these sales. When all is said and done, the company's share count could increase by as much as 68% if all the warrants and preferred shares were eventually converted into common shares. That's a big chunk of dilution.

The company had no other substantial news to share in February, but trading was still halted due to massive price drops on several occasions.

Owning Phunware wasn't much fun last month. The stock sale -- announced near the peak of the stock's recent gains -- looks like a greedy cash grab that leaves common shareholders hanging. Stellar's backers might indeed take their profits and run, leaving a discarded husk of blockchain hype and empty promises in their wake.

That being said, the company could also arise from these ashes to set up a legitimate business model on a platform of blockchain tokens and innovative mobile games. There's just no telling which of these outcomes is more likely quite yet, so I'll gladly stay on the sidelines.