Last month, Activision Blizzard (NASDAQ:ATVI) made some interesting disclosures as part of its most recent earnings release.

The company explained that it's going to ratchet up how much it's spending on the development of its "biggest franchises," which include Call of Duty, CandyCrush, Overwatch, Warcraft, Hearthstone, and Diablo. The company claims that, in total, the number of developers it'll have working on these game franchises "will increase approximately 20% over the course of 2019." 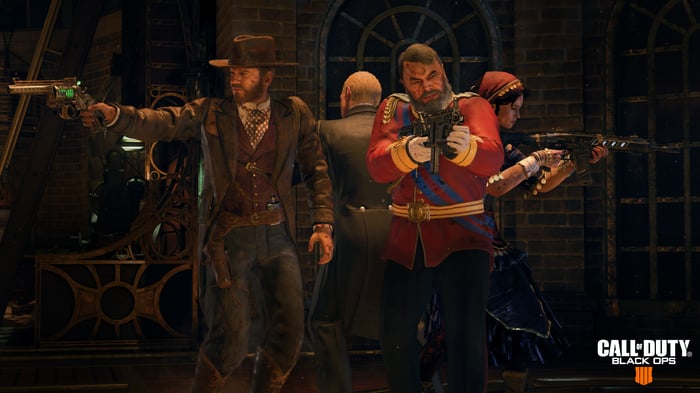 In order to fund that increase, the company says, it plans to de-prioritize "initiatives that are not meeting expectations and reducing certain non-development and administrative-related costs across the business."

Put simply, the company is allocating resources where they're needed most -- to the development of the products that fundamentally drive its long-term financial performance.

Here's why these actions are in the best interests of Activision Blizzard stockholders.

It's all about the games

The costs of game development naturally rise over time. As games become more sophisticated, the amount of development effort necessarily increases, too. The underlying technology of games continues to grow in complexity, necessitating a greater number of skilled programmers to bring that technology to life. Games are also significantly defined by the quality and complexity of the virtual worlds that developers create, which means that more artists and level designers are going to be needed to deliver better experiences.

It's also worth noting that in this day and age, game publishers don't just release a game and then wait several years to release a sequel. Instead, these games are constantly being updated with new features and content. For example, buyers of Call of Duty: Black Ops 4 can opt to purchase, in addition to the base game, a $50 "season pass" that promises customers additional content (e.g., new weapons, maps, player models) over time.

This fundamental transformation of games from one-off products to platforms that need to be supported over the long term has helped to smooth out game industry revenues and increase overall spending on games, and has been a clear boon to game developers. At the same time, that additional content doesn't come for free -- it takes skilled developers to make that happen.

In this case, Activision Blizzard really had two alternatives to choose from. The company could choose not to dramatically expand its developer headcount, which could lead to at least one of several undesirable outcomes such as overworked developers (as the existing workforce would need to, collectively, put more time in),  game schedule slips, or a reduction in the scope of games being produced.

Or, in the short term, Activision Blizzard could keep a lid on its operating expenses (the company could still have initiated the cost-cutting actions that it is currently implementing, leading to a profit increase), and investors might enjoy a temporary sugar high.

But over the long term, the business would be harmed. If workers are simply overworked, they may find jobs at other publishers or simply leave the game industry altogether. If game schedules slip, this can have a negative impact on the lifetime financial performance of the game -- something that investors aren't going to be happy about. Additionally, if its games aren't as interesting as they could have been, Activision Blizzard would risk seeing worse-than-expected reviews of those games, ultimately translating into lower sales for those games in the short term and potential damage to the franchise brand over the long term. Gamers do have plenty of games to choose from, after all.

None of that should sound particularly appealing to long-term investors. That's why I'm glad to see Activision Blizzard making the move to invest more heavily in its developer workforce, as that investment should ultimately yield better games and, over the long term, an even healthier business.