Tuesday saw another solid session on Wall Street, as investors once again showed their overall comfort level with where things stand from a geopolitical and macroeconomic perspective. More pressure from aerospace giant Boeing kept the Dow from rising, but broader-based stock indexes gained as much as 0.5%. Still, some individual companies had bad news that kept them out of the rally. ADT (NYSE: ADT), Mistras Group ( MG 0.24% ), and Valhi ( VHI 2.88% ) were among the worst performers. Here's why they did so poorly.

Shares of ADT dropped nearly 14% after the provider of home security systems and related services released its fourth-quarter financial report. ADT said that revenue was up 7% from the year-earlier quarter, but the company suffered a net loss due to poor performance in its Canadian business, which required a goodwill impairment charge. Even after taking into account special items, ADT posted a loss of $0.04 per share, and investors didn't seem entirely satisfied with 2019 revenue guidance of $4.9 billion to $5.1 billion. As competition in the security space rises, ADT will have to work harder just to maintain its leadership position in the industry. 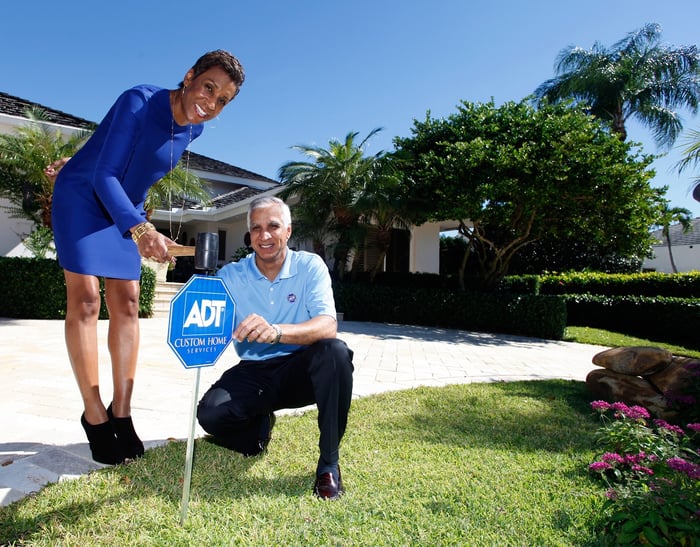 Mistras Group saw its shares fall 10% following the release of the company's fourth-quarter financial results. The provider of remote monitoring systems for asset protection said that its revenue fell 4% for the quarter, contributing to Mistras suffering a net loss for the quarter. Even excluding special items, adjusted net income was down by more than 60% from year-ago levels. Mistras Group's business was weak across its services, products and systems, and international segments, but CEO Dennis Bertolotti thinks that improved margin levels are encouraging. Even so, investors weren't happy with calls for 2019 revenue growth of just 3% to 6%, and Mistras will need to step up its game to get its momentum back.

Check out the latest earnings call transcripts for ADT, Mistras Group, and other companies we cover.

Finally, shares of Valhi plunged more than 30%. The Dallas-based conglomerate reported mixed results in its various businesses for the fourth quarter of 2018, with particular weakness in its chemicals unit weighing on its overall performance. Valhi's chemicals segment suffered a 23% drop in revenue during the period, as low prices for titanium dioxide pigment weighed on results and pulled operating income down by more than 60% from year-earlier levels. Weakness in the real estate management arena also held Valhi back, and gains in component products weren't able to offset the pressure elsewhere. Like many chemicals companies, Valhi has dealt with difficult times for a while, but it'll be a little longer before the company can mount a recovery.