Shares soar after the company reports strong fourth-quarter results and calls for more of the same in 2019.

Shares of Guardant Health (GH -1.39%), a leading provider of liquid biopsies that are used to detect cancer, jumped 12% as of 10:05 a.m. EDT on Wednesday. The double-digit move is a response to the release of expectation-topping fourth-quarter results and upbeat guidance.

Here's a look at the headline numbers from the fourth quarter:

Zooming out to the full year, here's how the company performed in 2018: 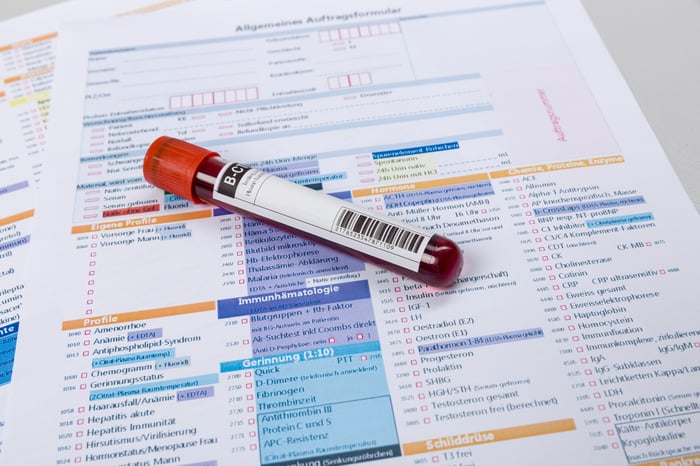 Management expects that the company's strong growth will continue into 2019:

The blowout quarterly results and bullish guidance are prompting traders to bid up this red-hot stock once again.

Guardant recently announced encouraging results from its Nile study. This trial was designed to compare the accuracy of its Guardant360 liquid biopsy product with current standard-of-care tissue-based testing methods in detecting biomarkers in patients with non-small-cell lung cancer. The results showed that Guardant360 was just as effective at detecting genomic biomarkers as tissue-based testing. That's big news since the Guardant360 test is faster, cheaper, and far more patient-friendly than current testing methods.

Guardant Health has already been a home run for early investors, and for good reason. Revenue and margins are on the rise and the company is an early leader in a market poised for massive growth.

Overall, there are plenty of reasons for investors to believe that this company's growth engine is just getting warmed up.