Please ensure Javascript is enabled for purposes of website accessibility
Log In Help Join The Motley Fool
Free Article Join Over 1 Million Premium Members And Get More In-Depth Stock Guidance and Research
By Ashraf Eassa - Updated Apr 13, 2019 at 10:32AM

Such a move could strengthen the company's position in PC gaming.

If you're a PC gamer, the odds are good that you're using Microsoft (MSFT 1.31%) Windows as your operating system of choice. PC game makers primarily target Windows, with alternative platforms like macOS and Linux being afterthoughts at best.

With that being said, if you're a PC gamer, it's also a good bet that you use Valve Software's Steam platform to purchase and play games. Valve makes its money from Steam by taking a percentage of the revenue generated from each game sale. While this has led some major game publishers to try to build their own game distribution platforms or to strike distribution deals with competing digital platforms that take less of a cut, Steam is still immensely popular and is likely to dominate PC game distribution for the foreseeable future. 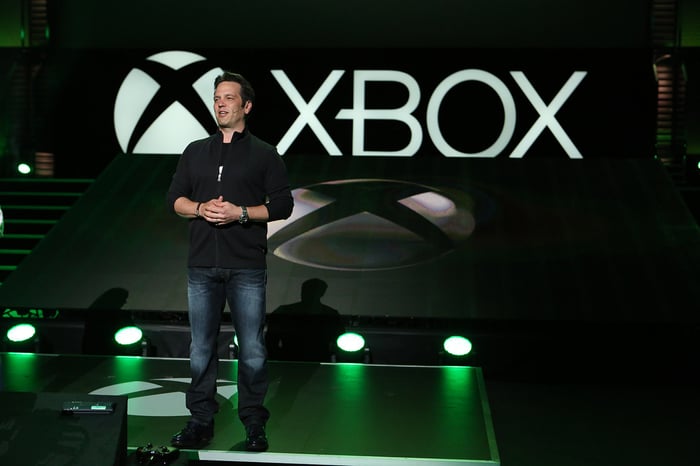 That's exactly why I think Microsoft should buy Valve Software.

Microsoft has increased its focus on PC gaming over the years. In fact, the software giant recently announced that it's bringing many of its Halo games -- titles that have largely been exclusive to the company's successful Xbox platform -- to its Windows platform. On top of that, Microsoft is taking yet another PC gamer-friendly step by making the titles available through both its own Microsoft Store and Valve's Steam.

However, Microsoft's PC gaming ambitions could be absolutely supercharged if it were to buy Steam. Not only would the company get its hands on the digital distribution platform of choice among PC gamers, as well as the ability to effectively monetize that customer base, but it would also get a number of incredible game franchises.

Valve is an extremely successful company (which leads me to believe that such an acquisition would be far from cheap), but under Microsoft -- which has virtually limitless financial resources and brand strength -- the company's assets could be taken to a whole new level.

Indeed, Valve's own Dota 2 and Counter Strike: Global Offensive games are two of the three most played games on Steam. Having those franchises under Microsoft's belt could be a huge boost to its PC gaming cred. On top of that, Valve owns the Half Life and Portal franchises -- arguably two of the most beloved PC gaming franchises of all time. Unfortunately, under Valve these franchises have lain dormant for years, but with Microsoft's resources, they could be revitalized.

In fact, if Microsoft were to buy Valve Software and publicly commit to future Half Life and Portal titles (gamers have been waiting for a sequel to Half Life 2: Episode 2, a game that ended in a cliffhanger, for more than a decade), that could lead to a large influx of goodwill from the PC gaming community.

Ultimately, Microsoft is smart in doubling down on PC gaming in general. It's a big and growing market that largely depends on the Windows operating system. If Microsoft were to buy Valve Software, it would not only become the leading distributor of PC games virtually overnight, but it would gain ownership of some of the world's most popular PC games and franchises upon which it could significantly build.