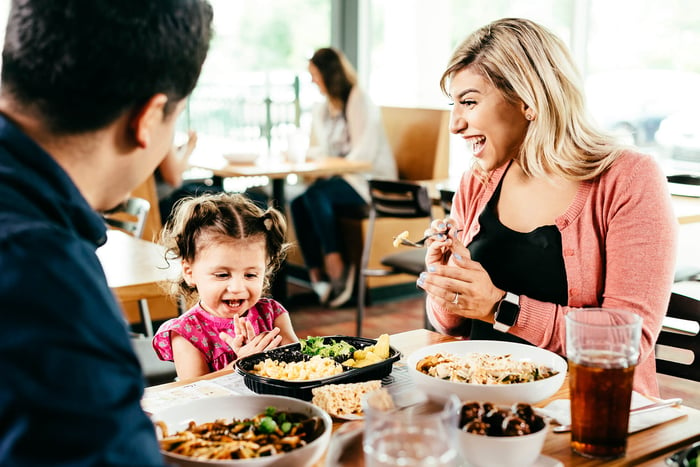 Fast-casual concept Noodles & Company continued to grow its business, albeit at a slow rate. But comparable-restaurant sales growth were robust, once again.

"Our strong fourth quarter results, which included sustained comparable sales growth momentum of 4% systemwide, is further evidence that our strategic initiatives are working," said Noodles CEO Dave Boennighausen in the company's fourth-quarter earnings release. The CEO pointed to Noodle's 2018 introduction of its zucchini noodle, noting that it "continues to resonate with guests and contribute meaningfully to product mix and average check."

Check out the latest earnings call transcripts for Noodles & Company and DocuSign.

Leading e-signature company DocuSign posted another quarter of strong growth after market close on Thursday. Revenue jumped 34% year over year, to $199.7 million, driven mostly by a 37% year-over-year increase in subscription revenue, which accounted for 94% of total revenue. The remaining revenue came from DocuSign's "professional services and other" segment, which saw revenue increase 5% year over year.