Shares of Cloudera (NYSE:CLDR), a software-as-a-service business that focuses on data engineering, data warehousing, and machine learning, had fallen 14% as of 11 a.m. EST on Thursday. The decline is attributable to the release of fourth-quarter and full-year results that failed to impress Wall Street.

Here are the key numbers from Cloudera's fiscal 2019 fourth quarter:

Here's a review of the results from the full fiscal year 2019: 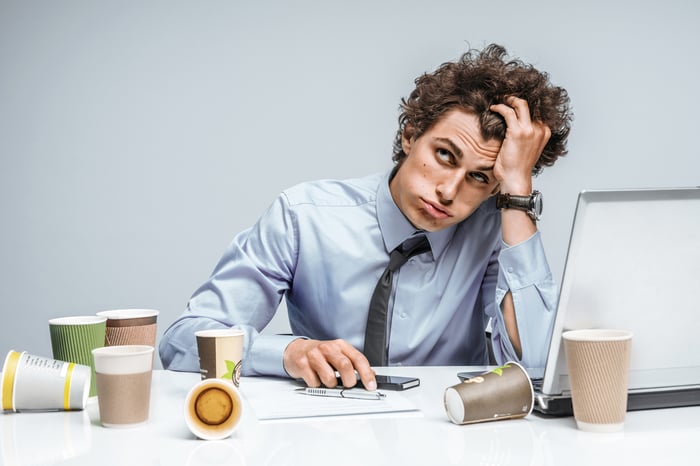 Turning to guidance, here's what management expects will happen in the upcoming quarter and the fiscal year ahead:

These numbers largely fell short of what market watchers were expecting. When you combine them with the higher-than-expected net loss per share, you can see why shares are taking a step back today.

On the company's conference call with Wall Street, Cloudera CEO Tom Reilly did his best to hammer home the enormous opportunity that lies in front of the newly combined entity:

loudera now has the scale and resources to address the growing opportunity in large enterprises. We begin the fiscal year with more than 2,000 enterprise customers. Less than 10% of those customers have broadly adopted our platform, reflected in ARR [annual recurring revenue] greater than $1 million. While there is still significant upside in those large customers, the key takeaway is that more than 90% of our customer base is ripe for expansion via the enhanced upsell and cross-sell motions enabled by the merger. In addition, we have grown our customer base, adding 140 new enterprise customers since we announced the merger.

The opportunity ahead of the company appears to be large, but Cloudera's stock has now fallen by more than 30% since its megamerger was first announced back in October of 2018. That tells me that Wall Street still has big questions about whether the acquisition will pay off for shareholders.