What you believe about the world is probably very wrong.

Let's start with a quiz.

In the last 20 years, the proportion of the world's population living in extreme poverty has ____.

B) Stayed more or less the same.

C) Almost been cut in half.

Go ahead and choose your answer.

The late Swedish public health guru Hans Rosling asked this question to more than 12,000 individuals worldwide. If you said C -- the most optimistic of the three -- you're correct.

But don't worry if you got it wrong. A tiny 5% of Americans answered this correctly. And even in the two countries that performed best on the question -- Sweden and Norway -- only 25% of respondents were right.

It turns out that the state of our world, while far from perfect, is a lot better than most of us assume. However, this mismatch between our beliefs and reality has strong implications for our investment strategies, as well as for the potential of our portfolios. 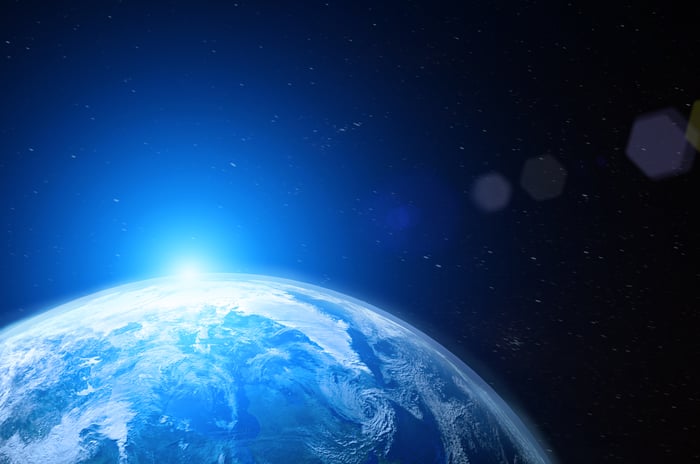 Rosling's posthumous book, Factfulness: Ten Reasons We're Wrong About the World -- and Why Things Are Better Than You Think, focuses on the inherent biases that lead us to believe the world is worse off than it is, and tucked within those lessons are some important takeaways for investors.

If it turns out that your worldview is wrong -- that things are actually getting much better on a material level -- perhaps you shrug and say, "That's great," and go about your life with a slightly more optimistic outlook.

But if you're the head of investment strategy at a multinational corporation, your ignorance could border on professional incompetence. And yet, according to Rosling, it seems business executives are just as clueless as everyone else about the state of global affairs.

Rosling uses the case study of selling feminine products to illustrate how businesses turn a blind eye to opportunity in developing nations.

He describes how as families earn more money and get better access to pre- and post-natal care, the number of babies born to each family drops toward two. Rosling argues this trend should be great news for manufacturers of menstrual pads. Each pregnancy spells nearly two years of zero menstruation, and women who aren't menstruating have no need for pads. With the number of babies dropping dramatically in the developing world, more women will require more pads more often. But Rosling pointed out:

Instead, when hunting for new customers, [Western sanitary wear manufacturers] are often stuck dreaming up new needs among the 300 million menstruating women [in the West]. "What if we market an even thinner pad for bikinis? ... [or] special pads for mountain climbers!" ... Meanwhile, [in developing economies] roughly 2 billion menstruating women have few alternatives to choose from. ... They demand a low cost pad that will be reliable. ... And when they find a product they like, they will probably stick to that brand for their whole lives and recommend it to their daughters. [my emphasis]

Talk about grabbing market share! We're talking about  2 billion women -- almost seven times the size of the West's core population -- who would be customers for generations. Of course, this isn't only about menstrual pads. You could insert any type of necessity in the modern world and quickly identify enormous global opportunity.

But we just don't believe it

There are some out there who recognize this opportunity, but they have a very tough time convincing others to devote money to building a presence in capital-thirsty places like Africa.

Once, Rosling was invited to an investment conference in Scotland to convince institutional investors that they were missing a huge opportunity in Africa. He brought colorful charts and graphs to prove his point. He thought he had succeeded at first, but then, things like this happened over and over again:

A gray haired man ... walked slowly up to the stage, smiled sweetly, and said: "Well, I saw your numbers and I heard what you said, but I'm afraid there's not a snowball's chance in hell that Africa will make it. ... I served in Nigeria. ... [Their culture] will not allow them to create a modern society. Ever."

Don't get mad, get rich!

There are a number of different reactions we can have to this revelation. We could fixate on the hot-button issues of colonialism or outright racism inherent in such statements as the one uttered by the gray haired man who approached Rosling. Or, we could expend our energy to capitalize upon this ignorance.

"It's a backwards country -- I'll never invest." It's not a far stretch to imagine someone saying the same thing about Vietnam in 1989 when its GDP was $6.3 billion, and per capita income was $610, according to WorldBank. In just 30 years, that has completely changed. Vietnam's GDP crossed $225 billion last year, while per capita income has increased to $6,500, yearly increases of 13% and 9%, respectively. That dwarfs the type of growth we experience in the Western world.

Where's the next Vietnam? "Ghana, Nigeria, and Kenya are where some of the best investment opportunities can be found today," Rosling wrote. If you're looking for quick and easy exposure to such economies, mutual funds like Nile Africa (NASDAQMUTFUND: NAFAX) or  VanEck Vectors AFK (AFK 1.88%) offer exposure.

In 2009, my wife and I visited Chile and were impressed with life there. After getting back, I started looking into MercadoLibre as a way to invest in the continent. My investment in December 2009 is up more than 800% today.

Perhaps the most important thing for individual investors to do is take a long look at how the companies they hold are approaching sub-Saharan Africa.

"If you suffer from the misconception that most of the world is still too poor to buy anything at all, you are missing out on the biggest economic opportunity in world history." [my emphasis]

It's a classic win-win scenario. Western investors can see their retirement portfolio increase, and those across the globe with a desire for more basic material goods get access to them.

Patience is certainly needed; this change won't happen overnight. But those with a long-term horizon could be handsomely rewarded 20 years from now by planting their investment seeds in some of the most fertile developing economies right now -- before the rest of the Western world catches on.