The price would probably be too steep for such a deal.

Sony (SONY -2.87%) is one of the most successful video game companies in the world. Its PlayStation 4 family of game consoles has been immensely successful over the course of the current game console generation, with lifetime sales nearing 90 million units as of a recent tally: more than twice that of Microsoft's (MSFT -1.48%) Xbox One, its main rival.

Sony's success in the gaming market has been in large part influenced by the fact that the company's PlayStation platform is home to a large number of compelling exclusive titles. As Digital Trends puts it, "[The] list of PlayStation 4 exclusives puts its competitors to shame."

Check out the latest earnings call transcript for Take-Two Interactive. 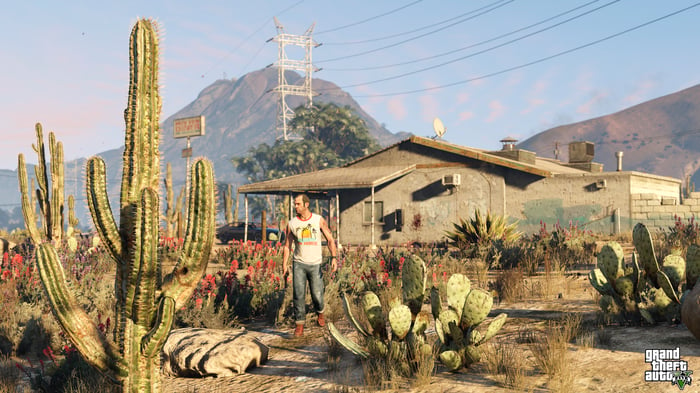 Recently, there was some speculation that Sony -- perhaps in a bid to augment its already impressive set of PlayStation-exclusive titles -- planned to acquire game publisher Take-Two Interactive (TTWO -4.91%). Take-Two Interactive develops and publishes some very popular game franchises, including Red Dead and Grand Theft Auto.

A Sony representative, however, denied that speculation in a statement to Bloomberg. Here's why such a deal probably wouldn't have made much sense, anyway.

Right now, Take-Two Interactive commands a market capitalization of about $10.6 billion. If Sony -- or any other company, for that matter -- wanted to scoop up the game publisher, it would have to pay a significant premium to the current price for the deal to make sense for Take-Two Interactive's shareholders.

Considering that Take-Two Interactive's 52-week high stands at $139.91 per share -- nearly 50% above the current share price -- I think that figure represents the minimum that a potential acquirer would have to shell out to get their hands on the game publisher. That would imply a purchase price close to $16 billion.

Sony could certainly pull off such a deal. After all, Sony is a cash-generating machine, bringing in nearly $11 billion in free cash flow over the last 12 months. And, on the surface, such a deal might make sense. Sony would gain ownership of Take-Two Interactive's intellectual property, and its big franchises presumably would become PlayStation-exclusive in future iterations. Having Grand Theft Auto VI and Red Dead Redemption 3 as PlayStation exclusives could further strengthen Sony's PlayStation ecosystem.

The problem I see, though, is that $16 billion would be a lot to pay for a few (admittedly highly popular) exclusives. As I mentioned earlier, Sony already has a range of exclusive titles that are clearly doing a good job helping it to fortify its share of the game console market.

Moreover, if Sony were to embark on a strategy of paying a lot to own popular game franchises, Microsoft -- with its substantially greater financial resources -- could very well follow suit. Microsoft could easily outbid Sony for Take-Two Interactive if necessary. Or, if it weren't willing to do that, Microsoft could buy another game publisher -- perhaps Activision Blizzard or Electronic Arts -- in response.

Those publishers also have valuable game franchises across a wide range of platforms and could allow Microsoft to negate the benefit that Sony would get from buying Take-Two Interactive. In that case, the video game market would become highly fragmented, damaging the industry as a whole.

Make no mistake: I think highly of Take-Two Interactive and of both the strength of the franchises that it owns as well as its rock-solid execution over the last several years.

However, I don't think it would make sense for Sony to shell out so much money just to get its hands on Take-Two Interactive's studios and intellectual property.

Sony's best bet is to continue to invest in its in-house game franchises. Sony should also work diligently to make sure that its hardware, as well as its exclusive titles, are compelling enough to give it a head start when the next round of game consoles launches from both vendors.