Village Farms International (VFF 6.93%), a Canada-based greenhouse grower of produce that entered the cannabis space in 2017, reported its fourth-quarter and full-year 2018 results on Wednesday.

For the quarter, its revenue increased 10% year over year to $40.6 million, when including its $1.8 million share of sales from its Pure Sunfarms 50-50 marijuana joint venture (JV) with Emerald Health Therapeutics (EMHT.F). Net income was $270,000, or $0.01 per share, compared with a net loss of $607,000, or $0.02 per share, in the year-ago period. Net income was positive because the company recorded a $2.8 million profit from its share of Pure Sunfarms, which posted positive net income only because of a nearly $3 million gain in the value of its biological assets (a line item unique to non-U.S. companies that report their results using international financial reporting standards, or IFRS).

Earnings releases only tell part of the story. Management's comments during analyst conference calls can often reveal key insights about a company's prospects and strategy. Here are three things you should know from Village Farms' Q4 earnings call. 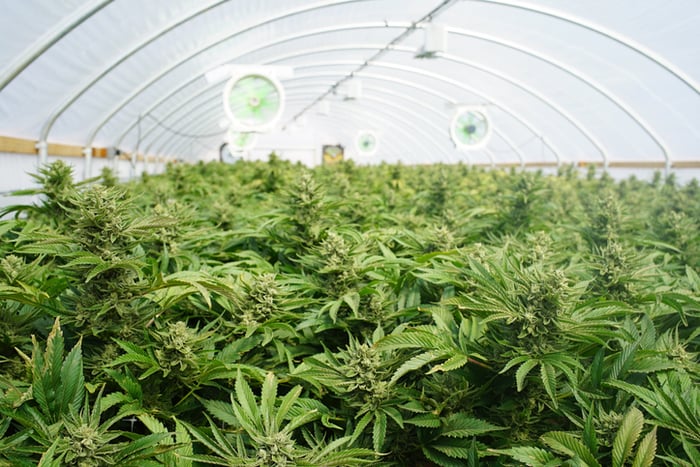 On target to achieve an annual production run rate of 75,000 kilograms of marijuana by the end of Q3

[B]y the end of April, all quadrants -- the entire facility -- will be licensed [for cultivation] and producing. And we had mentioned previously that we felt we could be on a run rate by the beginning of the third quarter [of] 75,000 [kilos per year]. [W]e're right on [target].

Pure Sunfarms has significant expansion potential. Now that the entire growing area of Delta 3 has been licensed for cannabis cultivation, Pure Sunfarms' "option period for Village Farms' two other Delta greenhouses has commenced," DeGiglio said on the call. These two facilities together have 3.7 million square feet of area. "Pure Sunfarms has already requested to the board to exercise an option for Delta 2," DeGiglio added.

Assuming Pure Sunfarms expands by converting Village Farms' two other Delta facilities into marijuana-growing operations, the company would then have total production area of about 4.8 million square feet. Extrapolating out, that would put its annual production capacity at about 260,000 kilos. 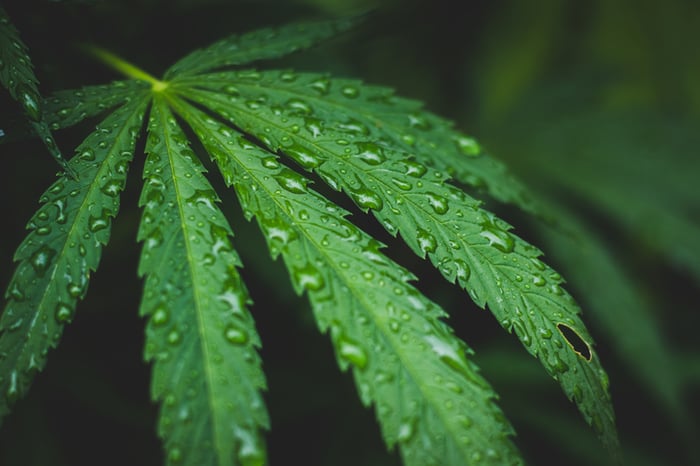 Everything we see continues to give us strong confidence in our ability to be the low-cost producer in Canada at the highest quality. ... Our success to date ... is a product of Village Farms' approach of doing things right the first time and the decades of development, agriculture, and operational know-how that we bring to the table.

Management believes Village Farms has a competitive advantage over other Canadian cannabis growers because it can leverage its 30-year history of being a leading, low-cost producer of premium, greenhouse-grown produce in North America. (Canada is the hotbed for growing marijuana because it's the only industrialized country where cannabis is legal.)

Marijuana (and hemp, for that matter) will become more and more commoditized over time because supply -- which is currently tight -- will eventually meet and then exceed demand, resulting in prices falling. Arguably, the cannabis growers left standing as the sector matures will be the ones with the lowest production costs. Pure Sunfarms' current cost per gram suggests the company has a good shot at being ones of those surviving companies -- and this cost should decrease as production volumes increase.

[Pure Sunfarms'] sales in the fourth quarter of '18, which totaled about $3.6 million, and through the start of '19, have been almost exclusively to other licensed producers as Pure Sunfarms continues to await its processing and packaging licenses from Health Canada. ... We applied for those licenses back in October of '18 and we anticipate having both of them granted in the second quarter.

In February, Pure Sunfarms entered a supply agreement with the province of Ontario to supply its retail stores with products for the recreational marijuana market. This is the company's first supply agreement with a provincial government distributor. The Health Canada licenses DeGiglio mentioned are required for all companies that supply the retail market via the provinces.