Shares of Dermira (DERM) were more than doubling as of 11:11 a.m. EDT on Monday -- up 101.5%. The huge jump came after the biotech announced positive results from its phase 2b study evaluating lead candidate lebrikizumab in treating atopic dermatitis (also known as eczema).

Dermira reported that all three doses of lebrikizumab administered to patients in the study met the primary endpoint of statistically significant improvement in the Eczema Area and Severity Index (EASI) score compared to placebo. In addition, the safety profile for the drug appeared to be pretty good, with primarily mild-to-moderate adverse events reported in the study. 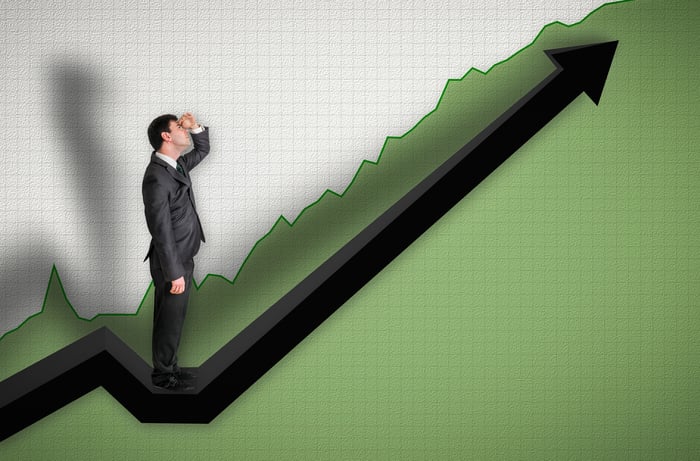 The positive results for lebrikizumab were a welcome dose of good news for Dermira. A year ago, the company announced that once-promising acne drug DRM01 flopped miserably in two separate late-stage clinical trials.

Dermira CEO Tom Wiggans was ecstatic about the data for lebrikizumab. Wiggans stated that based on the clinical profile of the drug in the phase 2b study, Dermira's team thinks that lebrikizumab "has the potential to be a best-in-disease therapy for atopic dermatitis."

This view could be right. In particular, the 250 mg dose of lebrikizumab administered every two weeks achieved very good results for patients. The number of patients with clearing or near-clearing of skin lesions nearly tripled with Dermira's drug compared to placebo. There were also impressive levels of improvement in EASI scores for patients taking lebrikizumab compared to those on placebo.

The only downside from the phase 2b results was that the 125 mg dose of lebrikizumab failed to meet secondary endpoints. However, this wasn't concerning because of the overwhelming success of the 250 mg dose.

Dermira's next step is to conduct an end-of-phase 2 meeting with officials at the U.S. Food and Drug Administration. That should lead to the company quickly advancing lebrikizumab to a phase 3 clinical study. Dermira hopes to initiate this pivotal study by the end of 2019.

In the meantime, Dermira has an approved product, primary axillary hyperhidrosis (excessive underarm sweating) drug Qbrexza. It's still early for Qbrexza, though, as the drug only launched in the U.S. in October 2018.