Gaming company Activision Blizzard (NASDAQ:ATVI) was slammed in recent months, falling 44% between Oct. 1 of last year and the end of 2018. Even more, shares have gone nowhere since the start of the year. The stock's slide last year was caused by a combination of market turbulence and declines in monthly active users.

Headwinds in Activision Blizzard's core user base have spurred concerns about the company's competitiveness amid the rising popularity of free-to-play battle royale games Fortnite and Apex Legends. But Activision's sudden announcement that it is launching a free-to-play version of its most popular franchise hints at the company's willingness to quickly adapt in an evolving gaming environment. 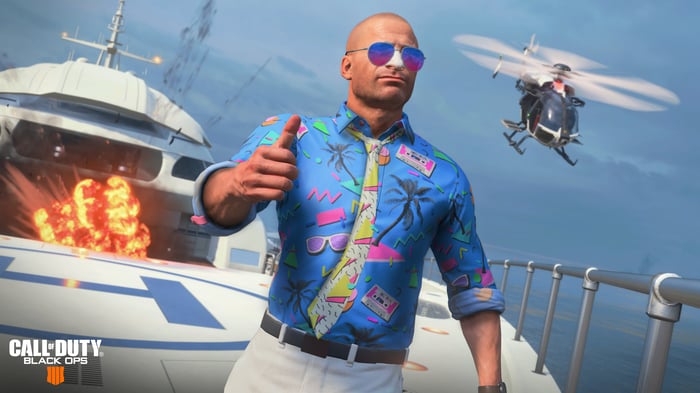 A free-to-play Call of Duty title is coming

Call of Duty: Mobile will soon launch in North America, South America, Europe, and other markets (the game was previously only expected to launch in China), Activision announced on Tuesday. Featuring the franchise's Black Ops and Modern Warfare series, the mobile game was designed specifically for mobile experiences on Android and iOS.

Created in partnership with Tencent's (OTC:TCEHY) Timi studio, the game aims to capitalize on rapid growth in mobile gaming and the freemium model.

Fans who sign up and pre-register for the game on the company's Call of Duty website can gain access to a public beta of the game, scheduled to launch this summer.

Of course, investors should note game development issues could arise between now and the game's official launch. Nevertheless, this move bodes well for Activision's willingness to take bold steps to revitalize its base of monthly active users in a rapidly changing gaming market.

With Activision shares trading 44% lower than they were on Oct. 1, Tuesday's news brings the company's valuation into focus. With a price-to-sales ratio of five today -- compared to nine in October of last year -- bold innovation with the company's most popular franchise suggests that investors may be overreacting to the impact that rising competition could have on Activision over the long haul.

Activision director Peter Nolan certainly thinks the Street is undervaluing the company. Nolan loaded up on 100,000 shares recently, paying a total of $4.3 million.