But investors rightfully looked past the top-line results, sending shares down 21% as of 2:07 p.m. EDT on Tuesday. 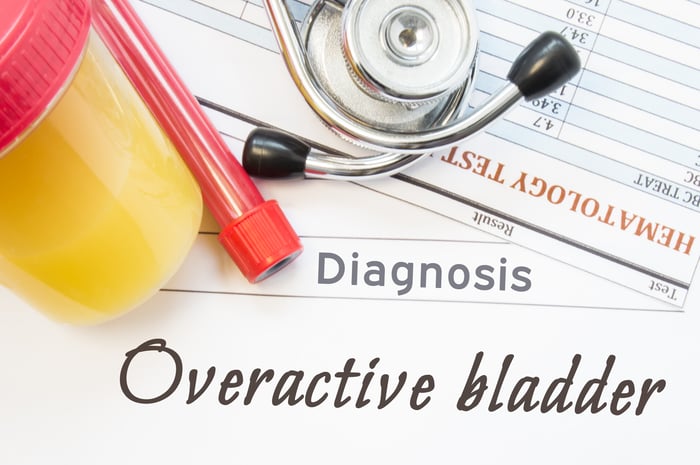 The good news is that vibegron works much better than nothing at all. The drug improved daily urge urinary incontinence (involuntary urine leakage) episodes and daily micturitions (a medically polite way of saying going pee) compared to a placebo by a statistically significant margin. And the drug significantly beat the placebo in all seven secondary endpoints.

That data should be enough to get the drug past the Food and Drug Administration and on the market.

But the clinical trial also included a group of patients who were given tolterodine ER, a chep generic drug for overactive bladder. Comparing the two drugs, vibegron looks a little better than tolterodine ER, but not by much.

So it comes down to one question: What's 0.2 fewer daily trips to the bathroom worth to a patient? Most co-pays for branded drugs are double or more the co-pays for generics.

Urovant also hopes to peg vibegron as a safer alternative to tolterodine ER, which might justify the higher cost. There's some evidence supporting vibegron's safety in the top-line data: Of the patients taking vibegron, 1.7% reported high blood pressure, the same rate that was observed in the placebo group, and lower than the 2.6% incidence in the tolterodine ER group. But investors will have to wait until the full details of the study are reported at the American Urological Association Annual Meeting in May to see a full comparison of safety.

Urovant has gotten past the first hurdle, but it has a long road ahead.

In addition to competing with tolterodine ER, vibegron will also have to compete against Astellas' Myrbetriq. Going up against the large Japanese pharma won't be easy for tiny Urovant, and it's hard to see a potential partner getting too excited about the data presented today.