Select water utility stocks have poured out of the starting gate in 2019, with several outperforming the broader market, which is particularly impressive given that the S&P 500 is having a strong year.

So far this year, the top-performing stocks of water utility companies that operate in the United States are American Water Works (NYSE:AWK), California Water Service Group (NYSE:CWT), and SJW Group (NYSE:SJW), which have returned 17.9%, 15.1%, and 15%, respectively, through March 21. The S&P 500 has returned 14.4% over this period. 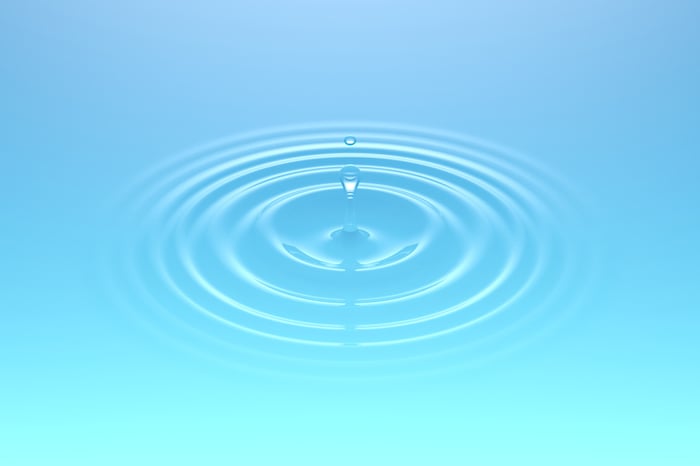 These three 2019 outperformers have also beaten the market over the past year and five years. But the 10-year period is a different story, with only American Water leaving the S&P 500 in its dust.

Some basic stats for these three stocks:

American Water is the biggest player in the U.S. water and wastewater industry by market cap and annual revenue. It has operations in 47 U.S. states and one Canadian province, with regulated utility operations in 16 states -- double the number of states as Aqua America, the second-most-diverse water utility. The company also has market-based businesses, which comprise a small portion of its overall business.

There are two main reasons to favor American Water stock: the company's industry-leading size and geographic diversity. These qualities provide it with a competitive advantage over its peers when it comes to acquisitions. Its large size provides American Water with more robust financial capabilities and its wider footprint means it has more opportunities for efficient expansion, or near where it has current operations.

California Water has regulated water and wastewater operations in the Golden State, as well as in Washington, New Mexico, and Hawaii. Additionally, it provides various non-regulated services in California and Hawaii. Its California regulated business accounted for about 94% of the company's total customer connections at year-end 2018. Within the state, its three main areas served are San Joaquin Valley, Los Angeles, and the San Francisco Bay/North Coast region, which together comprised 85% of its total connections in California.

California Water stock's return has lagged the S&P over the 10-year period. This is likely at least in part due to the severe and lengthy 2012-2017 California drought. Among other things, extreme dry weather often results in increased operating expenses for utilities, which then have to try to recoup their additional spending by requesting rate hikes.

SJW's real estate operations mean that its stock isn't likely to be the best fit for more conservative utility investors. Moreover, like California Water, the company has a notable exposure to drought.

Are any of these three stocks a buy?

American Water is a "buy" for nearly all types of investors. The caveat is that stock valuations are high for the entire space, so these stocks might not continue to outperform over the short term. That said, American Water stock should continue to make a good holding for long-term-focused investors who value stability and dependable dividends for reasons covered in the article and due to the fact that the company provides a product and service that are basic necessities.