You might be surprised why RBC Capital Markets is so bullish about the big biotech stock.

The last time shares of Gilead Sciences (GILD 0.90%) rose more than 25% in a 12-month period, Donald Trump was still the host of The Celebrity Apprentice. The year was 2014. Gilead went on to a good start in 2015, but by midyear, the biotech stock began a slump that continued throughout much of the next few years.

Now, though, there's at least one person who thinks Gilead is ready to make a big comeback. RBC Capital Markets analyst Brian Abrahams expects Gilead's share price to climb to $84 -- more than 25% higher than Gilead's current share price. Why is this top analyst so bullish about the big biotech? 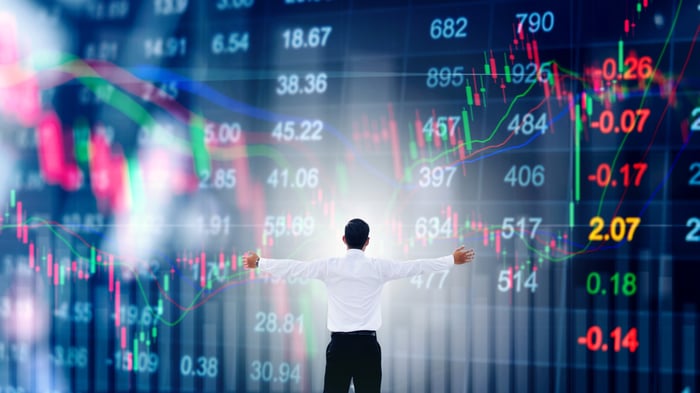 Abrahams specifically mentioned a somewhat surprising reason to be excited about Gilead's prospects. He thinks that experimental HIV drug GS-6207 could be a transformative catalyst for Gilead. But GS-6207 is only in phase 1 clinical testing. It could take years for the drug to reach the market.

You might be puzzled as to why an early-stage pipeline candidate makes Abrahams so gung-ho about Gilead. A lot of his enthusiasm stems from the biotech's presentation earlier this month of data from two studies of GS-6207.

Gilead discussed data from a phase 1 study and an in vitro study at the 2019 Conference on Retroviruses and Opportunistic Infections (CROI) on March 7, 2019. The interim blinded data from the phase 1 study underscored the long-acting characteristics of subcutaneous injections of GS-6207. The in vitro study data pointed to what Gilead Chief Scientific Officer John McHutchison called "potent antiviral activity" of the experimental drug.

Abrahams appears to view GS-6207 as the future of Gilead's HIV franchise. He thinks that a long-acting drug would give Gilead pricing power and help grow its market share in the face of generic competition. Two of Gilead's older HIV drugs, Atripla and Truvada, have already lost patent protection in Europe, and will lose them in the U.S. in 2021.

Just how significant of an impact could GS-6207 make? Abrahams believes that the net present value of the drug could exceed $20 billion.

Check out the latest earnings call transcript for Gilead Sciences.

Are there other things for investors to like about the biotech that don't require waiting for several years? Sure. You can probably put Biktarvy at the top of the list.

Laura Hamill, Gilead's executive vice president, worldwide commercial operations, said in the company's Q4 conference call that Biktarvy is "the best HIV launch of all time in the U.S., as measured by total prescriptions on a launch-aligned basis." The HIV drug generated nearly $1.2 billion last year after winning FDA approval in February.

Gilead's other TAF-based HIV drugs are also performing really well. Genvoya, Descovy, and Odefsey are all blockbusters with sales continuing to grow by strong double-digit percentages.

There's also a light at the end of the tunnel for the company's struggling hepatitis C virus (HCV) franchise. After dragging down revenue and earnings over the last few years, Gilead's then-interim CEO Gregg Alton stated at the J.P. Morgan Healthcare Conference in January that the company would return to growth in 2019 as the rate of its HCV sales decline moderated.

A tall hill to climb?

After several years of stock performance that ranged from awful to mediocre, it might be hard to imagine that Gilead could be a big winner in 2019 like Brian Abrahams thinks it will. A 25% increase in Gilead's share price seems like an especially tall hill to climb.

However, sometimes all it takes is a little good news to excite investors. Gilead has a new CEO now, with former Roche Pharmaceuticals President Daniel O'Day taking the helm earlier this month. Gilead has an enormous cash stockpile and plenty of motivation to use its money to beef up its product and pipeline lineups. It will be interesting to see which direction O'Day leads the biotech.

In the meantime, investors can be paid to wait and see what happens, with Gilead's dividend yielding a little under 4%. The bullishness of one top analyst might not prove to be warranted, but the prospects of Gilead turning things around could be better than they've been in years.