Repligen has grown product revenue 220% since 2014, but it trades at 70 times future earnings. What should investors make of that?

Most investors have probably never heard of Repligen (RGEN -7.68%). It used to be a development-stage biopharma consumed by clinical trials, but it abandoned that business model years ago to focus on a potentially lucrative niche: providing materials and equipment required to manufacture biologic drugs. That turned out to be a pretty good decision.

The business has grown product revenue 220% since 2014. Repligen has accomplished that feat through a steady stream of well-timed acquisitions that have expanded and diversified its portfolio. In fact, the company's top segment by sales in 2016 is likely to rank third by the end of this year, demonstrating how much the company has evolved from its legacy business. 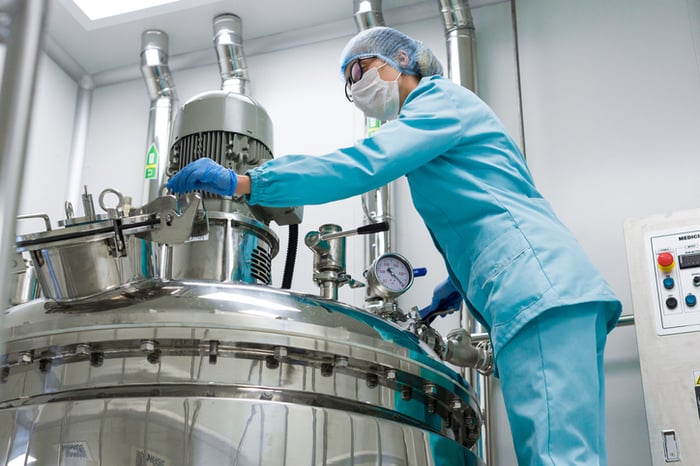 Investors intrigued by the growth potential will have to confront one potential downside: shares of Repligen are trading near all-time highs today. Is the under-the-radar biotech stock still a buy?

Check out the latest earnings call transcript for Repligen.

What does Repligen do?

Repligen is a bioprocessing company focused on the biopharma market. It develops, manufactures, and sells products and materials that are needed to manufacture and purify biologic drugs such as monoclonal antibodies in what's called the bioprocess.

The company entered the market at exactly the right time. The global market for antibody-based drugs was estimated at $115 billion in 2017. A record 13 monoclonal antibody drugs were approved by the U.S. Food and Drug Administration (FDA) in 2018, including two biosimilars. A total of 36 such drugs have been approved since 2016, representing 40% of all monoclonal antibodies ever approved. Today, more than 80 antibody-based drugs are on the market, and another 400 are in clinical development. Repligen's products are needed by healthcare companies from preclinical development to commercial-stage manufacturing, and this pick-and-shovel position insulates it from clinical trial failures that plague drug developers.

Repligen has grown at an impressive clip, thanks to its growing global pipeline of biologic drug candidates, combined with an aggressive acquisition strategy. The company reports income in three business segments:

Importantly, the business is increasingly focused on single-use systems, which have lowered costs for biologic drug manufacturing. For example, rather than permanently install a chromatography column that must be meticulously cleaned and inspected before each use, customers can purchase a single-use column from Repligen. It arrives packaged and sterilized, is plugged into the process facility, and then discarded after use -- saving significant time and money. 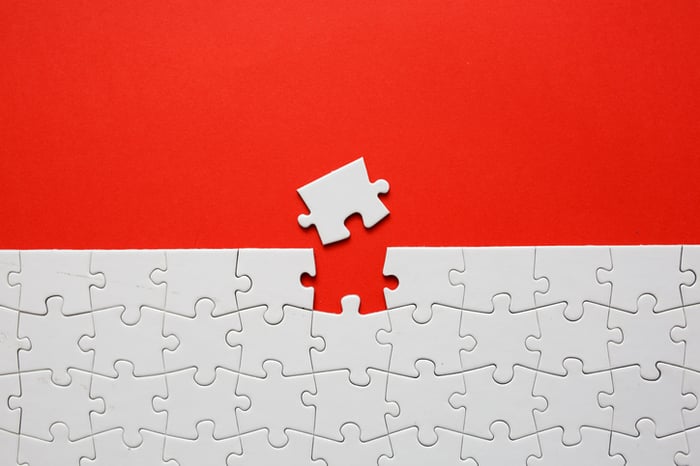 Repligen has been relentless in its push to grow its market share within its highly technical niche. Management's strategy to gobble up smaller players, including suppliers and competitors, has been successful in recent years, as evidenced by the numbers.

All of that revenue growth has begun to trickle down the income statement, rewarding patient shareholders with increasing profits.

Repligen expects the momentum to continue in the year ahead. Full-year 2019 guidance calls for revenue in the neighborhood of $221 million, gross margin of at least 56%, operating income of $37.5 million, and earnings per share (EPS) of about $0.50 -- if achieved, these results would mark a 35% increase from the prior year.

Management estimates that adjusted earnings -- the metric Wall Street attempts to model -- will come in near $0.83 per share. While that represents 14% growth from 2018, it values shares of Repligen at more than 70 times future earnings, which is quite pricey. Does that signal investors should steer clear of this biotech stock?

It comes down to your individual investing philosophy. A forward price-to-earnings of 70 is pretty high, even for Repligen, which hasn't traded below 40 times future earnings in the last several years. The stock hasn't disappointed, though, when it comes to returns. Shares have walloped the five-year total return (stock performance plus dividends) of the S&P 500, gaining 295% in that span, compared to the index's 66% growth (and the bioprocess leader doesn't pay a dividend).

In other words, the stock is expensive, but that premium is being tacked on because of its above-average wealth-building potential. There's a risk that total revenue growth will slow as the business becomes larger, or if management slows the pace of acquisitions, but increasing profitability could mitigate that concern. Then again, if growth slows and earnings take a hit, the stock could tumble from its current high.

This biotech's growth has been worth it so far

Repligen isn't a household name -- even among biotech enthusiasts -- but it's quietly working behind the scenes to enable the safe and efficient manufacturing of many biologic drugs grabbing headlines today.

Management's ability to accurately forecast future growth opportunities in biopharma-focused bioprocessing has allowed the business to grow at an impressive clip. If this progress continues, then this biotech stock should continue to reward investors with a long-term mindset. Just don't overlook the inherent risks of owning a growth stock trading at a healthy premium.

Why Shares of Repligen Rose This Week