Ride-sharing behemoth Uber announced Tuesday that it's buying its Middle East rival, Careem Networks FZ, for $3.1 billion. The deal, which includes $1.4 billion in cash and $1.7 billion in convertible notes, still has to pass regulatory approval. The companies expect it to close in the first quarter of 2020.

The purchase is a massive move for Uber, which is poised to go public soon, not just because of the price of the acquisition, but also because it expands the company's international footprint. According to Uber, Careem has more than 30 million users and operates in 120 cities across 15 countries, including Egypt, Jordan, Pakistan, Saudi Arabia, and the United Arab Emirates.

Uber's CEO, Dara Khosrowshahi, said in a statement, "This is an important moment for Uber as we continue to expand the strength of our platform around the world. With a proven ability to develop innovative local solutions, Careem has played a key role in shaping the future of urban mobility across the Middle East, becoming one of the most successful start-ups in the region."

Uber will operate Careem as an independent company, with its cofounder and CEO Mudassir Sheikha staying on to run the business. Uber will continue to operate in the Middle East as well.

Careem had been a substantial competitor for Uber -- which itself operates in more than 60 countries -- and the purchase marks an evolution in Uber's approach to international growth. 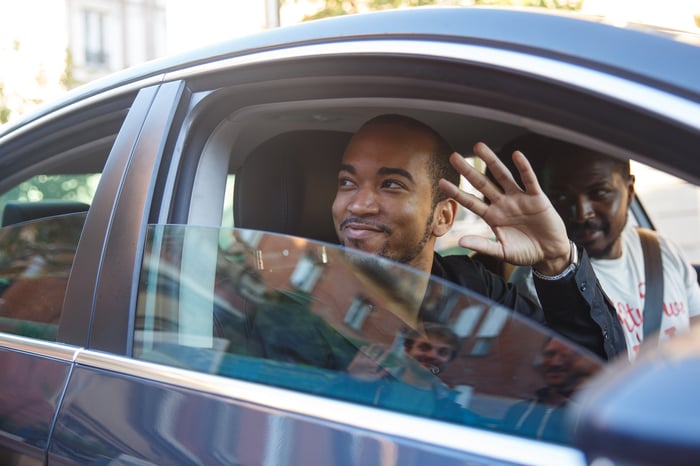 Why this is a big deal for Uber's business

Careem started back in 2012 and is based in Dubai, United Arab Emirates, where Uber has operated since 2014. Uber said in an email to its staff that the Middle East region is an important area of business for the company, and that Pakistan, in particular, is "one of our fastest-growing markets in the world." Some estimates put the Middle East and Africa ride-sharing market size at $7.3 billion by 2023.

So if this region is so essential to Uber, why purchase a rival and allow it to operate as an independent company? Because Uber has learned over the past few years that trying to beat local ride-sharing companies at their own game is much easier said than done.

Back in 2016, after fighting China-based local ride-sharing company Didi Chuxing for years and spending $2 billion over the previous two years, Uber sold its business to Didi. Uber put up a good fight, but it couldn't outpace its local competitor. So it sold its business and took a 17.7% stake in Didi instead.

Then, in 2018, Uber made a similar move when it sold its Southeast Asia-based business to Grab, another rival. The deal gave Uber a 27.5% stake in Grab and gave Uber's CEO a seat on Grab's board of directors.

For Uber, the decision to spend several billion dollars acquiring Careem means that it won't have to spend mountains of cash later trying to beat the company at its own game, only to have to potentially settle for exiting the region and ending with just a stake in the company.

Khosrowshahi said in a statement that "This transaction brings together Uber's global leadership and technical expertise with Careem's regional technology infrastructure and proven ability to develop innovative local solutions."

Uber is making more calculated decisions for growing its international business than it has in the past, and it knows that "innovative local solutions" in the ride-sharing industry often win out over newcomers with piles of cash.

As IPO nears, Uber is proving that it's a transportation juggernaut

Uber's purchase of Careem is undoubtedly a step in the right direction for the company, and potential investors should take notice of its strategy. The company already holds about 60% of the ride-sharing market in the U.S., and it knows that its international business will be much harder to build out than its domestic one. Unlike in the past, Uber knows that it can win in the international market by merely putting money down on the table, instead of fighting it out with its rivals in the streets.

This shows that Uber has learned a thing or two about how to wisely grow its business, compared to its previous strategies in Southeast Asia and China. If this is an early indicator of how Uber plans to run its business once it goes public, investors are surely looking at a transportation juggernaut.