Please ensure Javascript is enabled for purposes of website accessibility
Log In Help Join The Motley Fool
Free Article Join Over 1 Million Premium Members And Get More In-Depth Stock Guidance and Research
By Daniel Sparks – Updated Apr 16, 2019 at 6:55AM

One of the first megacap growth stocks to report earnings every quarter, Netflix (NFLX -4.49%) has already put a date to its first-quarter financial results -- the streaming-TV giant will report those results on April 16 after market close. Given the stock's sharp rebound from lows below $250 last December to around $360 at the time of this writing, the pressure is on for Netflix to deliver some good numbers.

In Netflix's first quarter, investors will be looking for the company to kick off the year with strong top-line growth, driven by member additions and price increases. Here's an overview of the key areas to watch. 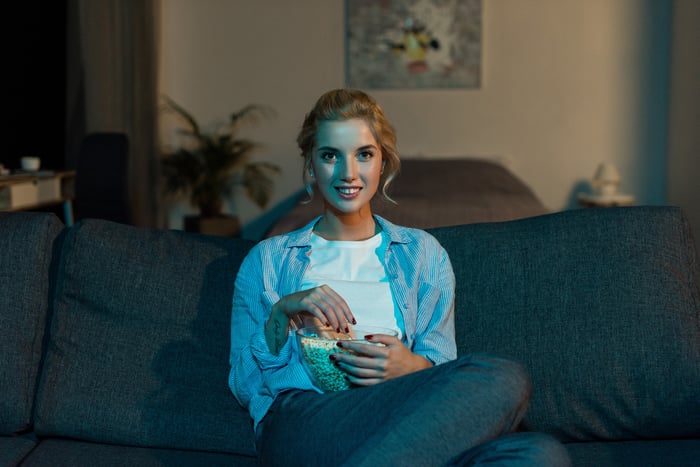 Netflix's recent top-line momentum has been impressive. Fourth-quarter revenue surged 27% year over year to $4.5 billion. This was driven by a 33% year-over-year increase in paid memberships and a 3% higher average subscription price. Revenue growth would have been even more pronounced, but foreign exchange headwinds weighed on Netflix's reported growth. For instance, the company's fourth-quarter average subscription price was actually up 6% year over year in constant currency.

Investors should also look to see if management maintains its full-year outlook for its operating margin, as one of the reasons Netflix stock trades at a premium valuation is management's expectation for its profitability metric to improve over time.

"Our multi-year plan is to keep significantly growing our content while increasing our revenue faster to expand our operating margins," said management in the company's fourth-quarter shareholder letter. Specifically, management forecast its 2019 full-year operating margin to be 13%, up from 10% in 2018.

Finally, investors should check on growth in paid members -- the heartbeat of Netflix's business model. The company added a record 8.8 million paid members in Q4, easily beating the guidance management provided for 7.6 million paid net adds during the period.