Investing can be as hard or as easy as you want. Some businesses are nearly opaque in understanding how they operate. General Electric was long an example of a business with so many moving parts that truly knowing the company was a difficult task.

Yet Walt Disney (DIS -0.15%), Cintas (CTAS -0.87%), and Sturm, Ruger (RGR 0.67%) are all quite easy to understand. Three Motley Fool contributors simply explain why these are stocks worth investing in. 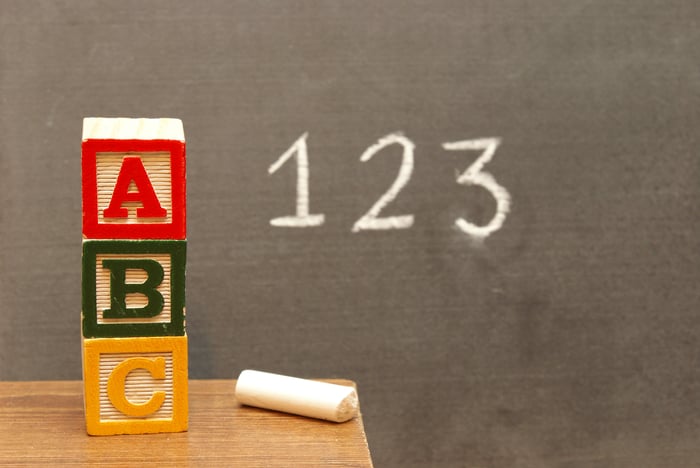 Anders Bylund (Walt Disney): You don't have to be an investing genius to understand how Disney makes money.

That's the basic skeleton of Disney's business. The House of Mouse is still monetizing Mickey Mouse, more than nine decades after the premiere of Steamboat Willie.

Sure, the selection of tie-in sales has evolved over the years. Disney has moved far beyond TV series, lunch boxes, and pajamas to become a true entertainment conglomerate. From Disney World and cruise ships to video games and an upcoming video streaming service, it's hard to find a niche in the entertainment sector where Disney isn't a significant player.

And it's also true that the original content is expanding beyond the PG-13 target audience. Big-ticket acquisitions gave this company the keys to the Marvel and Star Wars universes, both catering to older youths as well as full-grown adults. And the latest enormous buyout married Disney to the classic Twenty-First Century Fox content library, where you'll find R-rated gems such as Deadpool and Mad Max: Fury Road. The Mouse isn't just for kids anymore.

That doesn't make Disney's investment thesis any harder to understand, though. A larger target market simply extends the company's proven formula even further, making Disney's stock even more attractive in the long run.

This is the kind of stock you can give to your grandkids as a first investment. Everybody knows and understands Walt Disney, and it's also a top-shelf investment with decades of healthy growth ahead.

Check out the latest earnings call transcripts for Disney, Cintas, and other companies we cover.

John Bromels (Cintas): You'll have no trouble understanding Cintas as long as you've ever rented anything, or gone to the dry cleaner's, or ordered a pizza. So that should cover pretty much everybody.

Cintas is primarily a uniform rental company. Its customers are businesses in sectors as diverse as hospitality, auto repair, and transportation. Basically, if a business wants its employees to wear a uniform -- and doesn't want to install its own laundry facility (who would?) -- it's a potential customer for Cintas. A Cintas driver makes the rounds in a delivery van on a set schedule, picking up soiled uniforms and delivering clean ones.

But this business model offers a lot of opportunity for additional services. Just like a pizza delivery driver can not only bring you pizza, but also breadsticks, cookies, and two liters of Sprite, a Cintas delivery driver -- while already on site dropping off uniforms -- can also change out dirty floor mats, restock your business' restrooms, and check your first-aid kits and fire extinguishers. Cintas offers all of these services -- and more -- which helps make it a cost-effective choice for any business with uniforms, floors, restrooms, and safety equipment. So, basically any business with uniforms.

Cintas' share price has more than doubled over the last three years as it has sold these additional services to existing clients and gobbled up smaller competitors in the fragmented uniform-rental space. With its simple and profitable business model, it's easy to understand that Cintas is a good bet for continued outperformance.

Rich Duprey (Sturm, Ruger): Sturm, Ruger essentially does one thing, and does it exceptionally well: It makes firearms. It is the biggest all-around gunmaker in the U.S., beating out rival Smith & Wesson on the basis of also being the largest rifle manufacturer, even surpassing Remington, which makes nothing but long arms.

Although the firearms industry remains in a slump more than two years after the election of President Trump, there are indications the market has reached a bottom and may soon experience growth again. It undoubtedly won't be at the pace leading up to the 2016 presidential elections, but will instead be at the more historical norms.

FBI data from the National Instant Criminal Background Check System shows checks of potential gun buyers rose almost 4% last year. But when adjusted for checks of existing permit holders (which gives a better indication of actual consumer demand), they fell 6%. Still, that's an improvement over last year and indicates the gun market is returning to normalcy.

Ruger has remained a stalwart throughout the downturn. It still managed to report operating margins of 13.7% last year, versus 14.7% the year before, despite the decline in sales. With an industry that may have its longest downturn now in the rearview mirror, the leading gunmaker could be poised for a turnaround.

Sturm, Ruger trades at just 18 times trailing earnings and less than 11 times the free cash flow it produces, putting it in bargain basement territory. Selling firearms is a business that's pretty easily understood, and with one of the best now at such a discounted valuation, a portfolio would be on target for growth by adding it.