Please ensure Javascript is enabled for purposes of website accessibility
Log In Help Join The Motley Fool
Free Article Join Over 1 Million Premium Members And Get More In-Depth Stock Guidance and Research
By Asit Sharma - Updated Apr 17, 2019 at 11:23AM

Grasp these numbers, and you'll have a good idea of the organization's financial condition at quarter-end.

Franklin Covey (FC -0.94%), which focuses on leadership and organizational-improvement services for businesses, reports on its fiscal second quarter of 2019 on Thursday, April 4. As I discussed last quarter, the company's beginning to make progress in its attempts to diversify its revenue streams and improve profitability. Below, let's walk through four critical numbers investors should visit once the report is released in order to gain a read on the organization's relative health.

1) Subscriptions as a percentage of total revenue

Franklin Covey's business-model shift to a subscription-based revenue structure is the primary factor behind a trend of higher sales and decreasing losses. In a recent presentation, the company noted that its "All Access Pass," aimed at corporate enterprise clients, not only has the benefit of a high initial purchase price of $25,000 per subscription but also boasts an annual retention rate of over 90% and generates gross margin on services of 74%. 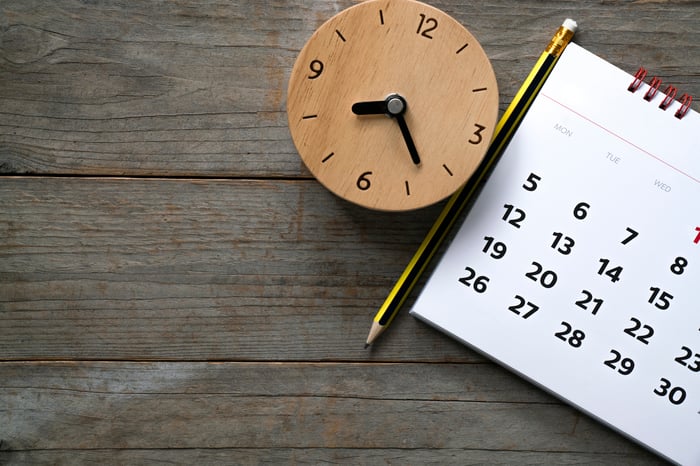 In the first quarter of the fiscal year, Franklin Covey's net loss diminished by 43%, to $1.6 million. While the company's gross margin held steady at roughly 68%, management was able to keep a lid on overhead expenses and thus gained operational leverage from a 12% jump in sales.

The current quarter's results will be compared to a net loss of $2.7 million incurred in the fiscal second quarter of 2018. Shareholders can expect substantial progress against the comparable quarter as the company continues its steady march toward GAAP-based positive net income.

While Franklin Covey may well cross over into positive GAAP earnings this year, for now, management is still advising investors to gauge its progress on adjusted EBITDA. The company's full-year outlook anticipates adjusted EBITDA of $18 million to $22 million, which will represent a significant improvement over the approximately $12 million in adjusted EBITDA generated during fiscal 2018.

Deferred revenue is an important measure of future earnings recognition, and healthy growth in this balance-sheet account can give investors insight into ongoing demand for a company's subscription-type revenue. Deferred revenue decreased on a year-over-year basis by 11% in the first quarter of 2019, to $46.2 million. Management was quick to point out, however, that unbilled deferred revenue increased 50% year over year, to $24.4 million, during the same period.

While this may be a little confusing to follow, the bottom line is that management has implied that deferred revenue will soon be on the rise. Shareholders should expect year-over-year growth in this number -- which sat at $36 million in the prior-year quarter.

We'll potentially see sequential growth, as well, when Franklin Covey reports on April 4. I'll be sure to discuss the result in my upcoming earnings recap.