Here are the things investors should look for before they consider buying shares of the 3D printing company.

That said, the long-term growth picture for the sector remains rosy because 3D printing continues to make progress in disrupting the traditional manufacturing sector. So some investors believe there should be at least one or two long-term winners in the space.

Is 3D Systems stock a buy? 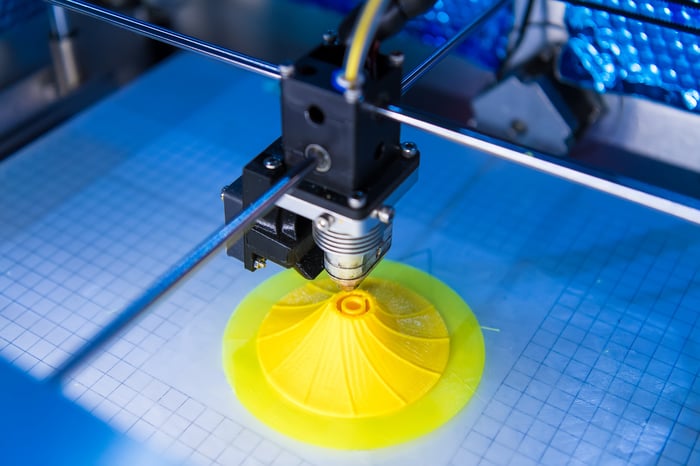 Is 3D Systems stock a buy?

The short answer is no, not in my opinion -- at least, it's not a stock that I'd buy now. That said, 3D Systems stock is a buy recommendation in at least one of The Motley Fool's subscription services. Motley Fool contributors are encouraged to have our own opinions as the company believes investors benefit from reading a range of points of view.

With that said, here are four key concerns about 3D Systems.

In 2017, worldwide revenue generated from sales of 3D printing products and services jumped 21% year over year to $7.34 billion, according to industry analyst Wohlers Associates in its Wohlers Report 2018.

While the sector continues to grow at a solid double-digit pace, 3D Systems' revenue is increasing at a much slower rate. In 2018, the company's revenue grew 6.4% year over year to $687.7 million, while in 2017 and 2018 combined, revenue rose just 8.6%. Moreover, that growth wasn't entirely organic, as revenue got a boost from the company's first-quarter 2017 acquisition of a dental materials maker.

Check out the latest earnings call transcript for 3D Systems. 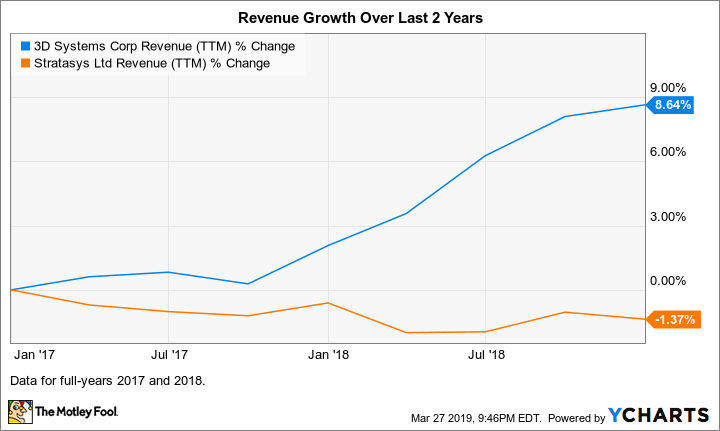 Data by YCharts. Stratasys is shown in all charts for context only. In 2018, it generated revenue of $663.2 million, which is just 3.5% less than 3D Systems' 2018 revenue, and has very similar operations, so it makes a good apples-to-apples comparison.

Stratasys has also been struggling to grow revenue. Both companies appear to be losing market share, which is probably at least partially due to two new and compelling companies -- HP Inc. and venture-backed Carbon -- entering the market in 2016 with fast polymer 3D printers for the enterprise market. The gulf between 3D Systems' revenue growth and the overall sector's growth could also be due in part to the market growing in niches that the company doesn't participate in.

2. The company is unprofitable

In 2018, 3D Systems posted a net loss of $45.5 million on a generally accepted accounting principles (GAAP) basis. This is a sizable (though not huge) loss for a company that generated $687.7 million in revenue in the same year. 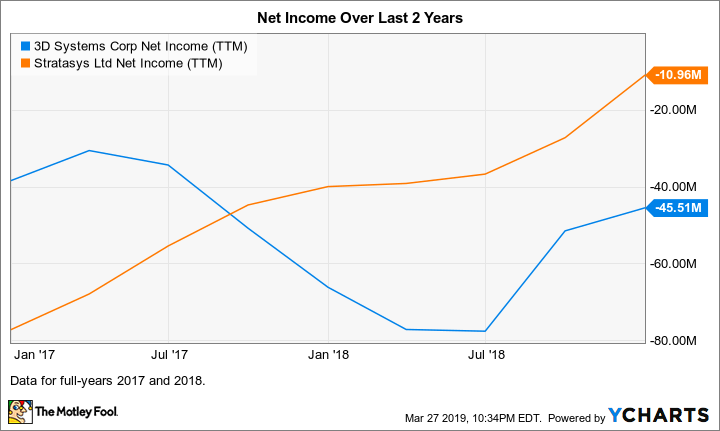 3. Gross margin is in a downtrend

For full-year 2018, 3D Systems' gross margin was 47.2%, flat compared with 2017. In its most recently reported quarter (Q4 2018), the company's gross margin came in at 45.7%, down from 48.2% in the year-ago period. In its earnings release, the drop was attributed to "sales mix, costs to launch and ramp new products, and lower on-demand manufacturing gross profit margins."

As I recently wrote, "Gross margin can be expected to fluctuate from quarter to quarter based on such factors as product mix and timing of new product launches, which is why it's better to consider gross margins for trailing-12-month periods. A sustained decline in gross margin, however, can reflect a loss of pricing power from increasing competitive pressures." 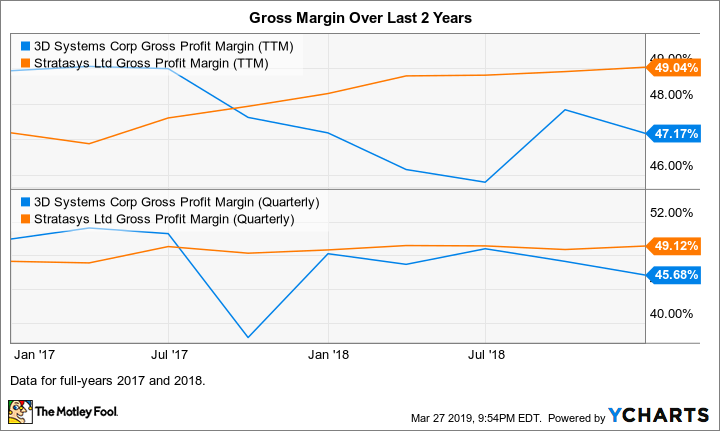 4. The company is struggling to generate cash from operations

Over the last two years, the amount of cash from operations that 3D Systems has generated has fairly steadily declined when we consider this metric on a trailing-12-month (TTM) basis. In fact, this metric was negative in the third quarter of 2018, as shown in the bottom section of the chart below. 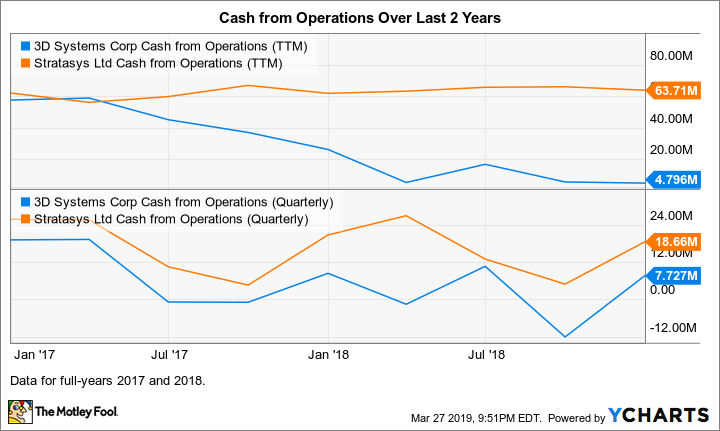 Before considering investing in 3D Systems, investors might wait until they see some improvement in the key metrics discussed. Granted, that will almost surely mean that you'll be paying more for the company's stock. However, you'll be somewhat more confident that 3D Systems' turnaround will be successful.