The tobacco titan gives investors many ways to win.

Yet more important to today's investor is the stock's prospects from this point forward. Read on to learn more about Altria's key business drivers -- and whether its stock still represents an attractive opportunity for investors today.

Altria has battled declining smoking rates for decades. Nevertheless, it continues to find a way to drive its profits steadily higher via a combination of higher prices and cost reductions.

In turn, Altria is able to generate strong and steady cash flows from its traditional tobacco products -- think cigarettes and snuff -- that it passes on to shareholders in the form of dividends and share repurchases. Out of the more than $8 billion in free cash flow the company produced in 2018, it paid out $5.4 billion in dividends and repurchased $1.7 billion of its own shares.

Incredibly, Altria has raised its dividend every year for nearly five decades, and its stock currently yields a robust 5.7%. 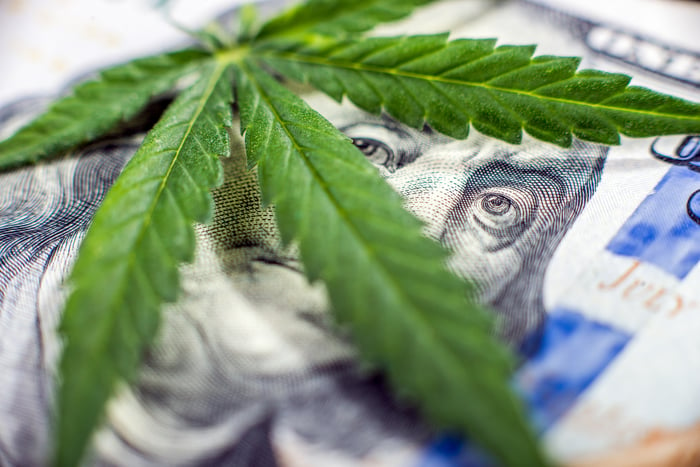 Altria's strong cash flow production also allows it to invest in other high-growth markets -- and few industries are growing faster than marijuana.

Altria made a bold move into the rapidly expanding cannabis market with its $1.8 billion investment in Cronos Group (CRON -2.01%). In return, Altria received a 45% stake in the Canadian marijuana producer, along with warrants that give it the right to increase its stake to 55% -- and gain majority control of the company -- in the future.

With Altria's marketing and regulatory expertise behind it -- along with $1.8 billion in new growth capital -- Cronos Group is well-positioned to capture a larger share of the global cannabis market that could grow to $75 billion by 2030, according to investment firm Cowen. And Altria's stake in Cronos Group makes it a relatively low-risk way to profit from the marijuana industry's explosive growth.

Another jewel in its portfolio

Altria made an even more aggressive move into electronic cigarettes, with its $12.8 billion investment in JUUL Labs. That deal gave Altria a 35% stake in a company with an estimated 75% share of the fast-growing e-cigarette market.

The deal initially drew the ire of the FDA, which has been trying to stem e-cigarette usage among teenagers. Yet recent research suggests e-cigarettes could help adults quit smoking, so it's possible that the tobacco industry could reach a compromise with regulators that avoids harsh new restrictions on the sale of e-cigarettes to adults, but with better safeguards in place to deter teen usage. If so, the steep price Altria paid for its stake in JUUL could ultimately prove to be a bargain.

Altria has a small wine division, which produced only $691 million in sales in 2018, compared to more than $24 billion in revenue for its tobacco products. But the tobacco titan also has a 10% stake in $140 billion beer behemoth Anheuser-Busch InBev (BUD 0.15%).

Anheuser-Busch InBev dominates the global beer market with a nearly 30% share. Its portfolio of more than 500 beers includes eight of the top 10 most valuable beer brands in the world.

Altria's stake in Anheuser-Busch InBev gives it way to claim its share of the alcohol industry's profits without having to compete with the beer king and its rivals.

Yet Altria is far from the average stock; it's a competitively advantaged business that dominates the U.S. tobacco industry. And its stakes in Cronos Group, JUUL Labs, and Anheuser-Busch InBev give it -- and its shareholders -- even more ways to win in the years ahead.

As such, Altria stock remains a solid buy today.