There's a lot of computing power sitting on some wrists.

Apple (AAPL 2.54%) caused a stir when it priced the iPhone X at $1,000, but after it became a big hit, thousand-dollar smartphones from Samsung (NASDAQOTH: SSNLF), Oppo, and others quickly became the norm. And Huawei just unveiled its next-generation 5G folding smartphone. Cost? $2,600.

Although these high-priced flagship phones garner a lot of attention, what's gone largely unnoticed is that smartwatches actually are now more expensive than smartphones. Average pricing for a 2-inch smartwatch now exceeds that of a typical 6-inch smartphone, according to Strategy Analytics. 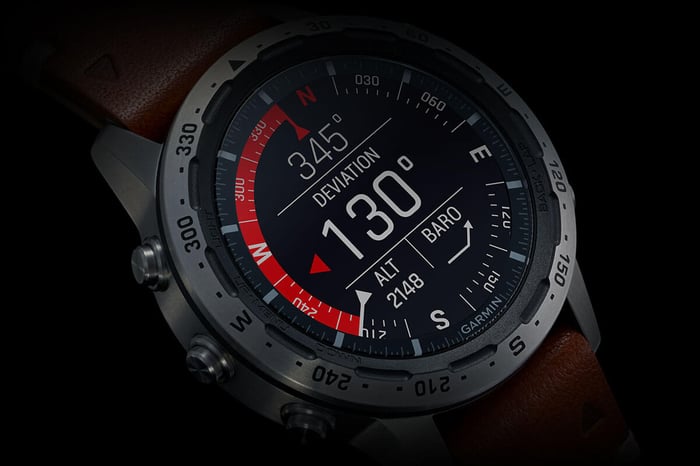 A pricing tug of war

Ignoring the luxury smartwatch market (where Breitling's Exospace B55 can run upward of $8,650), Apple has driven much of the inexorable rise in smartwatch prices. Versions of its Watch 4 model range from $399 to $849, though a Hermes edition can set you back as much as $1,500.

While smartwatch pricing has soared overall, there is also a counterbalancing trend resisting the rise. Smartwatches running Alphabet's Google Wear OS, for example, are in the $200 to $300 price range, and Samsung smartwatches top out at around $400.

Amazon.com also just cut prices for smartwatches on its site, albeit for some older-generation models, like the Apple Watch 3. And it is selling Huami's Amazfit Bip for just $70. It might not have all the bells and whistles of the pricier brands, but it does come with GPS, optical heart rate monitoring, an activity tracker, Bluetooth, and smartphone notifications.

Lower prices are one reason why some analysts have again turned bullish on Fitbit (FIT). Several weeks ago, it announced a "lite" version of its $200 Versa smartwatch that it intends to start at $160. Making more affordable smartwatches that can tie into its health and wellness services could help boost Fitbit's recurring revenue.

While Apple, Garmin, and others are manufacturing prestige wrist adornments, those making more affordable models are the ones gaining market share.

Strategy Analytics says that Apple still dominates the global smartwatch market, with 50.7% market share in the fourth quarter of 2018, but that was down by a whopping 16.5 percentage points from the prior year.

In contrast, Samsung surged into second place with 13.2% market share, two and a half times greater than what it had in the fourth quarter of 2017, while Fitbit's share tripled from 4.3% to 12.7% year over year to launch it into third place.

Nevertheless, Apple is still selling a lot of smartwatches: 22.5 million in 2018. So while the recent trend of smartwatch prices exceeding smartphone prices may eventually turn -- particularly as more expensive smartphones hit the market -- it seems clear that many consumers are ready to pay up to carry what is essentially a smartphone on their wrist.