Netflix (NASDAQ:NFLX) has transformed the media industry over the last decade as streaming has become the hottest way to distribute content. Now, giants like Disney (NYSE:DIS) are following Netflix into streaming, trying to catch up despite the immense scale the company built in old-world media.

Despite its relatively new entrance on the media stage, Netflix's market cap is nearly the same as Disney's. Investors are betting that Netflix has a lot of growth ahead, while Disney could stagnate as its core media networks and studios get disrupted by companies like Netflix. But there's a big advantage Disney has that we shouldn't overlook. 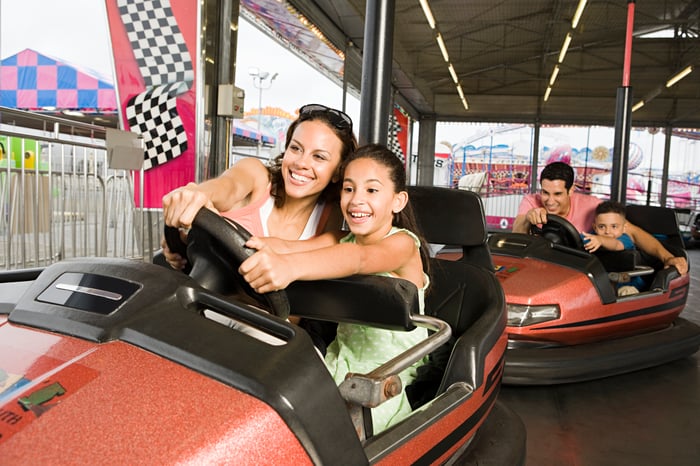 When Disney (finally) launches its streaming service later this year, it will bring powerhouse studios like Pixar, Marvel, and Disney Animation to the streaming market. That's a vast swath of content under one roof, and the brand awareness of franchises like Star Wars, The Lion King, and Mickey Mouse is what ultimately drives Disney's entire business. Disney builds a tentpole piece of content and then adds sequels, TV shows, toys, and theme parks around it.

Netflix doesn't have the same tentpole content, instead relying on binge-able content and algorithms that match content with exactly what people want to see. The model engages millions of customers in different ways but doesn't drive customers to have the same shared experiences as they do when a new Avengers or Disney animated movie comes out. That's what drives a big financial difference between Netflix and Disney.

Where Disney differentiates itself 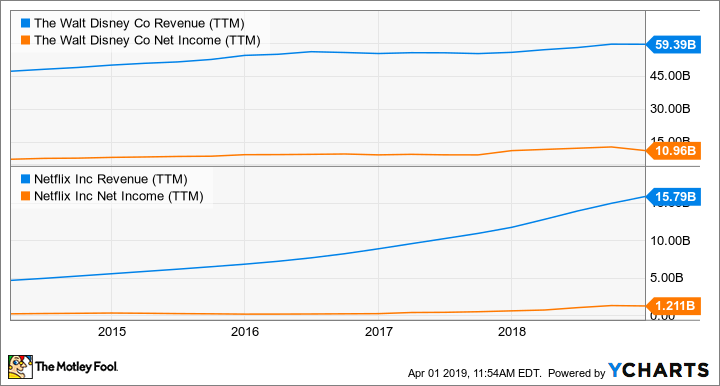 Given the growth trends you can see above, Netflix may ultimately generate more revenue than Disney's media networks and studio entertainment, but it'll be nearly impossible to replicate the parks and resorts business. That's a lever Netflix can't pull and an advantage Disney will have financially over Netflix for a long time.

When NBCUniversal  (now owned by Comcast) began building theme parks, it was effectively copying a big piece of Disney's business model. The waterfall of revenue from theater to network TV to theme parks keeps assets like Fast and Furious generating revenue for years. And when brands are enduring, a theme park can become a big moneymaker.

You may want to say that Netflix could do the same and copy the theme park model, but that's not really the case. That waterfall business model doesn't align with Netflix's firehose-of-content model. There aren't tentpoles to build theme parks around, and unless Netflix changes its content there won't be anytime soon. For the foreseeable future, that will likely drive Disney to superior profitability even as Netflix outgrows the old-world media giant.