Please ensure Javascript is enabled for purposes of website accessibility
Log In Help Join The Motley Fool
Free Article Join Over 1 Million Premium Members And Get More In-Depth Stock Guidance and Research
By Leo Sun - Apr 1, 2019 at 11:46AM 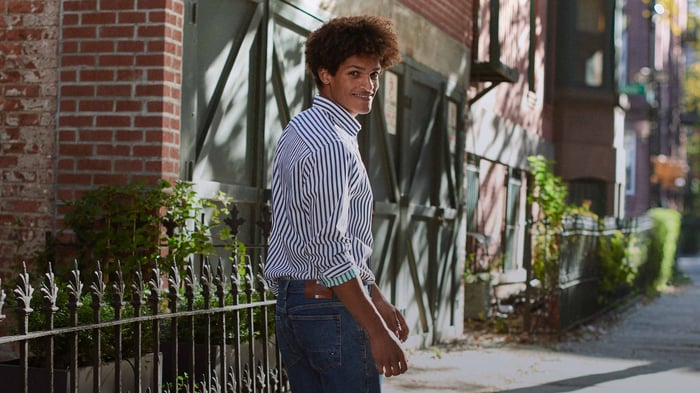 PVH's non-GAAP earnings rose 16% to $1.84 per share, beating estimates by eight cents. On a GAAP basis, its EPS rose 50% to $2.09. Foreign exchange headwinds reduced both its non-GAAP and GAAP earnings by nine cents per share.

For 2019, PVH expects its revenue to rise 4% (5% on a constant currency basis), with sales growth across all three brands. It expects its non-GAAP EPS to rise 8% to $10.40. PVH's growth looks stable, but does it justify the stock's rally of nearly 40% this year?

PVH previously struggled with the rise of fast fashion rivals, shifting consumer tastes, a slowdown in brick-and-mortar traffic, and tough competition from e-tailers.

However, all five of PVH's business segments generated positive comps growth in 2018 as it expanded across Europe and Asia, where it recently took direct control over its licenses in Hong Kong, Macau, Taiwan, Singapore, and Middle Asia. It has also bought out its joint venture in China to generate more direct sales from the country.

Half of PVH's revenue and 65% of its earnings (before interest and taxes) came from international markets in 2018. Chirico noted that demand for Tommy Hilfiger products remains robust across Europe, and that the region represents "the largest near-term regional growth opportunity for Calvin Klein." 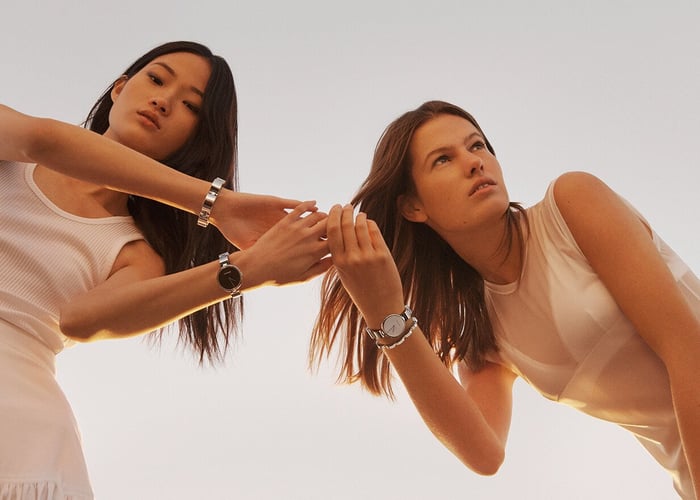 As PVH focuses more on Europe and Asia, it plans to discontinue Calvin Klein's high-end apparel products and shutter its flagship store on Madison Avenue in New York. It also stated that G-III (GIII -1.61%), its women's apparel partner in North America, might take over CK's North American jeans business.

These moves indicate that PVH plans to keep offsetting its slower growth in North America with more aggressive growth in overseas markets. It also plans to keep expanding its digital ecosystem. In 2018, PVH's digital sales rose more than 20% and accounted for over 10% of its top line.

Expanding margins and a low valuation

PVH is generating positive comps growth as it expands its margins, which indicates that it's retaining its pricing power and keeping its expenses in check.

Analysts expect VF's earnings to rise 20% this year, and for Ralph Lauren's earnings to improve 16%. Those growth rates are higher than PVH's, but PVH's stock still looks cheap relative to its growth potential.

That's why PVH repurchased about 2.2 million shares of its stock last year for $300 million. It has spent $992 million buying back 9 million shares since the $1.25 billion plan's inception, and it recently added an extra $750 million to that authorization, which will last through 2023.

Is it time to buy PVH?

PVH's core brands are growing, its overseas efforts are paying off, its margins are expanding, and the stock looks cheap. Those factors make PVH a solid play in the tough apparel sector, and it could still have more room to run.