Here's a look at both of these stories. 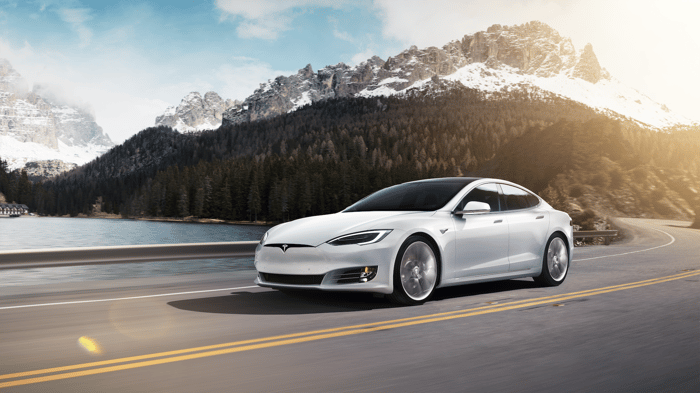 Last October, Tesla launched a feature called Navigate on Autopilot. The autopilot feature made it possible for customers to use the company's driver-assist technology from highway on-ramp to highway off-ramp. But there was one requirement holding the technology back: Drivers were required to confirm automated lane changes before they were executed by using the turn stalk to approve suggested lane changes.

Tesla's April 3 update gives drivers the option to use Navigate on Autopilot without confirming lane changes.

Of course, Tesla was sure to remind customers that this doesn't mean cars are fully autonomous when on the highway.

This feature does not make a car autonomous, and lane changes will only be made when a driver's hands are detected on the wheel. As has always been the case, until truly driverless cars are validated and approved by regulators, drivers are responsible for and must remain in control of their car at all times.

The news follows Tesla's announcement this morning of an event on April 19 to discuss its progress on autonomous driving software and hardware technology.

Revenue during the period rose 4.1% year over year to $179.5 million. The company's non-GAAP EPS was $0.20, up from $0.09 in the year-ago quarter. Growth was driven by the U.S. and Asia Pacific, where Resources Connection saw revenue rise 6% and 4% year over year, respectively. Revenue in Europe, however, took a hit, declining 9.7% year over year (3.5% in constant currency).

The results fell short of analysts' consensus estimate (via Yahoo! Finance). The average forecasts of the two analysts covering the stock were for revenue of $184.2 million and non-GAAP earnings per share of $0.21.

Resources Connection CEO Kate Duchene said the company "faced macro headwinds" in Europe. But she said she is "pleased that we have made progress with our critical initiatives to improve bill rates and expand our mix of business to drive more profitable results through our solutions offerings."