Please ensure Javascript is enabled for purposes of website accessibility
Free Article Join Over 1 Million Premium Members And Get More In-Depth Stock Guidance and Research
By Daniel B. Kline - Apr 3, 2019 at 7:45AM

A strong economy has led to record levels of borrowing.

A strong economy and near-record unemployment levels have emboldened the American public. Even though the stock market has been volatile, and consumer confidence went from an 18-year high to its biggest one-month drop in the past three years in a matter of months, the American consumer remains willing to borrow.

There may be red flags about where the economy is heading, but that has not stopped Americans from continuing to borrow money. Call it optimism (even if it is misguided) or call it hubris. Americans pushed their total debt to record levels in 2018 according to a new report from Experian. 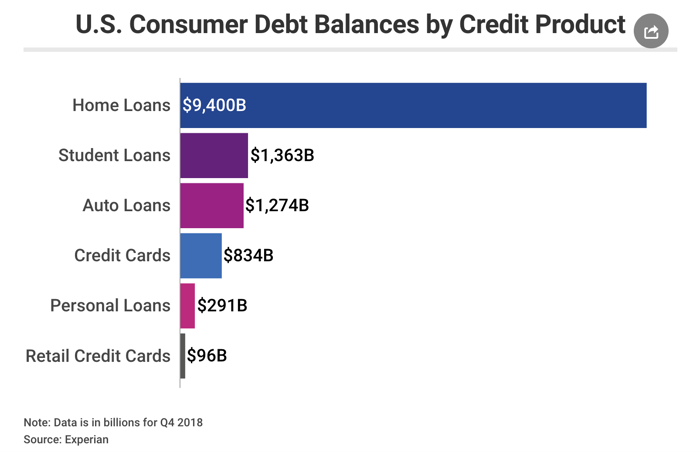 How much debt do Americans have?

Despite the roller coaster that consumer confidence has been on, Americans continue to borrow at record-setting levels. Overall consumer debt reached $13.3 trillion in the fourth quarter of 2018 according to Experian. Revolving debt (credit cards, home equity loans, and other credit lines) accounted for $4.1 trillion of the total. Here's a look at how some of the debt breaks down:

As you can see, while debt has climbed in all areas, mortgage debt accounts for the vast majority of the money borrowed by Americans. That's good news in a sense: Mortgages are generally considered good debt, because a mortgage is an investment that also serves an immediate purpose (you live there). But mortgages are not always good debt. Spending more than you can afford or taking a loan at an above-market interest rate can lead to foreclosure and losing your investment.

It's also worth noting that the housing market showed signs of cooling in 2018. Existing home sales fell by 6.4% in December, and overall 2018 sales fell by 10.3% compared to the previous year according to data from the National Association of Realtors. 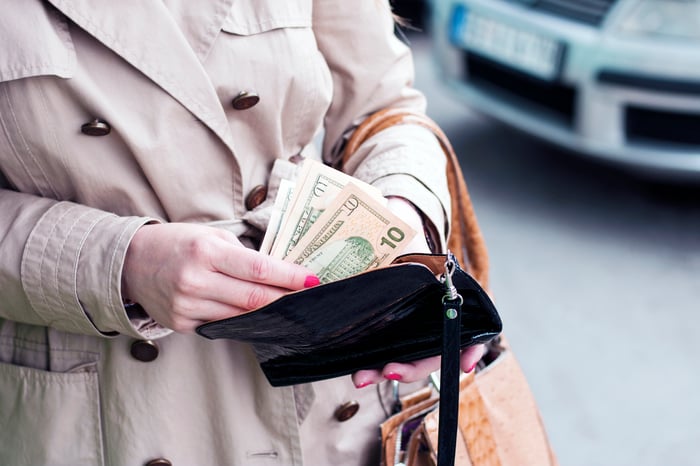 Just because you can borrow money does not mean that you should. Credit card companies and mortgage lenders may be willing to extend credit to you, but it's important to know what you can afford and what you can handle.

When it comes to a mortgage, the 28/36 rule provides a basic guideline. The idea is that your loan payment (including taxes and insurance) should not exceed 28% of your pre-tax income, and that your entire debt load (your mortgage payment, car loan, credit cards, student loans, and anything else you have to pay) shouldn't exceed 36% of your pre-tax income.

Those are guidelines, not hard and fast rules. You should consider how stable your income is, and how much of an emergency fund you have should your financial situation change. In general, it's best to plan for a rainy day even if you don't expect one to come.

When it comes to credit cards, you need to understand your own behavior. It's great to have a large pool of available credit if you can trust yourself to only use it as needed, not just because you want to buy something. Having available resources in reserve takes discipline, and if you don't have that then it's best to keep your credit lines tight.