Shares of CBL & Associates Properties (OTC:CBL), a real estate investment trust (REIT) focused on shopping malls, plummeted 27.6% last month, according to data from S&P Global Market Intelligence. (When we include dividends, shares dropped 24.1% in March.) The stock is down a whopping 56.3%, including dividends, over the one-year period through Tuesday, April 2. 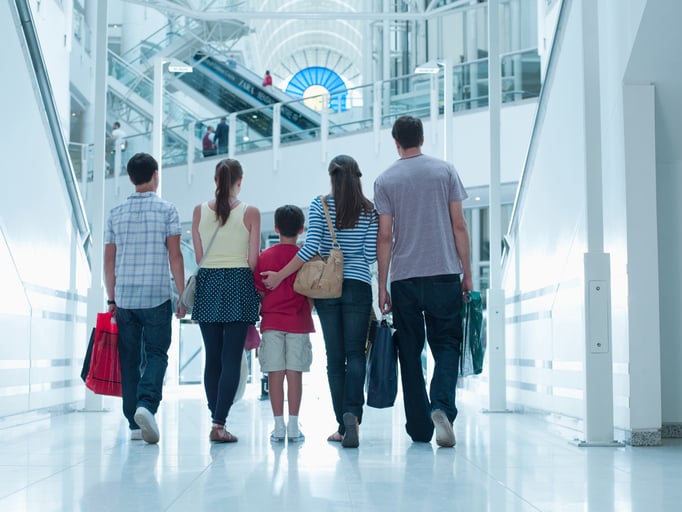 CBL & Associates Properties stock entered March drifting lower. As I wrote last month, "The company has been struggling for several years because consumers are increasingly doing their retail shopping online, largely at the expense of shopping malls. This secular trend is driving down the company's rental income due to store closures and rent concessions related to tenants in bankruptcy."

However, the main catalyst for last month's stock plunge was CBL's announcement on March 27 that it's suspending its dividend for at least two quarters. The market proceeded to clobber the stock, sending shares to a closing loss of 24.6% that day. 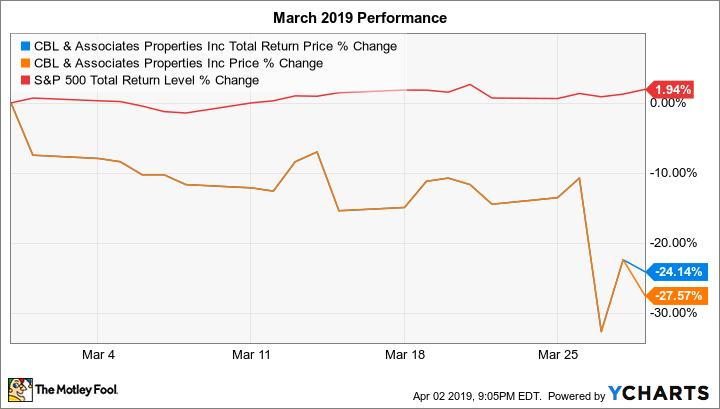 The negative dividend action doesn't come as much of a surprise. Earlier last month, I opined that CBL's "high debt load and another projected decline in AFFO [adjusted funds from operations] this year make it seem likely that another dividend cut could be on the way." (AFFO is a key metric for REITs and can be thought of as "earnings" for the group.) What precipitated the dividend suspension was the company's agreement to pay $90 million to settle a class-action lawsuit alleging that it had overcharged tenants for electricity.