Please ensure Javascript is enabled for purposes of website accessibility
Log In Help Join The Motley Fool
Free Article Join Over 1 Million Premium Members And Get More In-Depth Stock Guidance and Research
By Beth McKenna - Apr 3, 2019 at 7:21AM 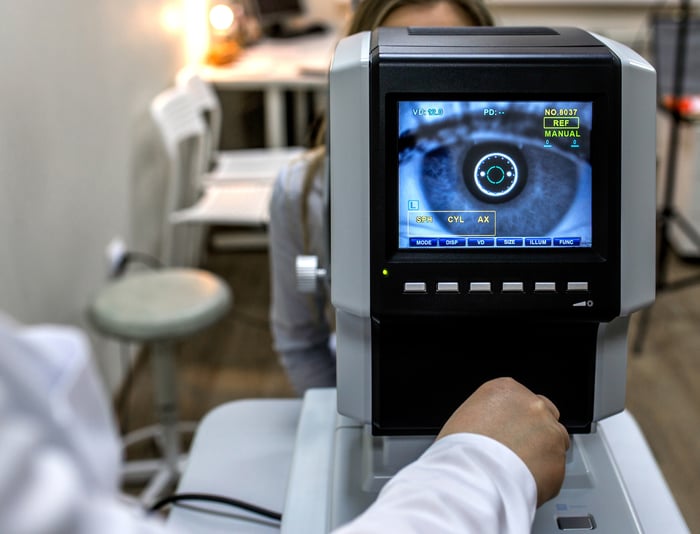 We can attribute Nightstar Therapeutics stock's stellar performance last month to a buyout offer from biotech giant Biogen (BIIB 0.26%). On March 4, the companies announced the $877 million deal that involves Biogen paying $25.50 in cash for each share of Nightstar, which represents a fat 68% premium to its share price at the close of the previous trading day. The deal is expected to close midyear.

This big premium makes sense when one considers that "Nightstar's late-stage gene therapy NSR-REP1 for choroideremia (a rare, retinal disorder that has no available treatments) is expected to generate over $700 million in annual peak sales, if approved," according to my colleague George Budwell. 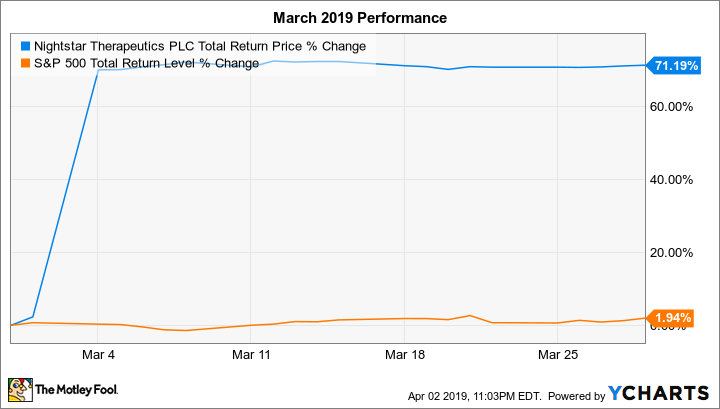 While some of Nightstar's newer investors might have landed a windfall, those who bought the stock soon after the company's September 2017 initial public offering (IPO) will book only a small gain, as the chart below shows. The chart also illustrates how volatile shares of small biotechs can be. 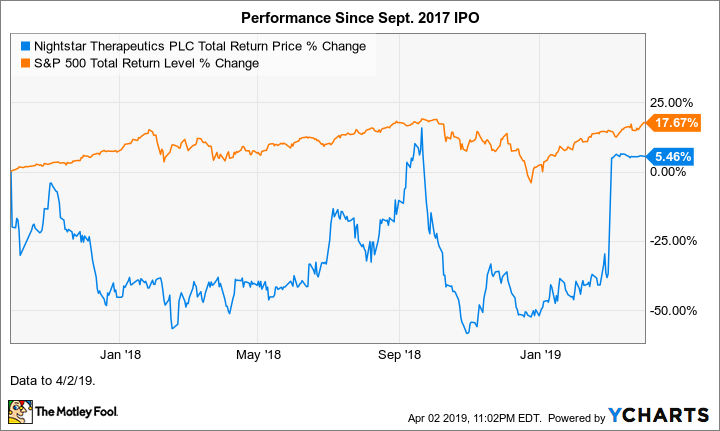 There's nothing for Nightstar investors to do at this point. If the Biogen deal goes through, they'll collect $25.50 in cash for each share they own.