NVIDIA (NASDAQ:NVDA) stock gained (and returned) 16.4% in March, according to data from S&P Global Market Intelligence. For context, the S&P 500 returned 1.9% last month.

Shares of the graphics processing unit (GPU) specialist have returned 37.2% in 2019 through April 2, outpacing the broader market's 15% return. However, they're still 36.6% off their all-time closing high set on Oct. 1. NVIDIA's stock has struggled due to the company's recent weak financial performance and its anemic outlook through fiscal 2020. 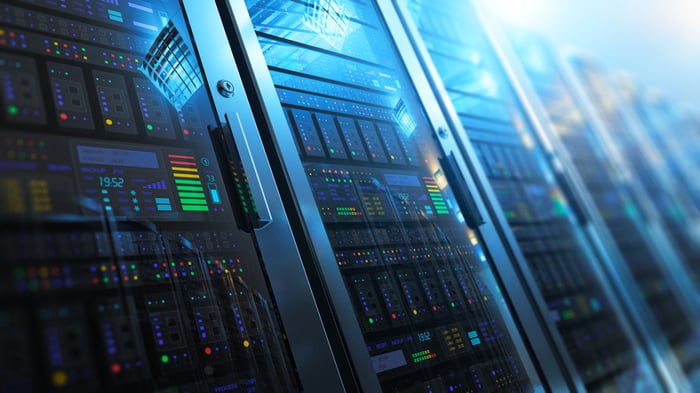 We can attribute NVIDIA stock's robust performance last month largely to the market's positive reaction to the company's acquisition news. On March 11, NVIDIA announced a $6.9 billion, all-cash deal to acquire Mellanox (NASDAQ:MLNX), an Israel- and Silicon Valley-based supplier of smart interconnect solutions and services for servers and storage. The transaction is expected to close by the end of this year.

NVIDIA shares popped 7% on the day of the announcement and continued to rise as the market further digested the news, notching a 12.7% gain for the week that began with the Monday acquisition news.

There are probably two main reasons the market liked this news. First, the deal seems to have good synergy, as both companies are leading players in the data center market, specifically in high-performance computing (HPC). According to the press release, together, "NVIDIA's computing platform and Mellanox's interconnects power over 250 of the world's TOP500 supercomputers and have as customers every major cloud service provider and computer maker."

Second, the initial financial impact of the deal looks good. NVIDIA said that post-close, "the transaction is expected to be immediately accretive to [its] non-GAAP gross margin, non-GAAP earnings per share and free cash flow." (GAAP = generally accepted accounting principles. Non-GAAP metrics are sometimes referred to as "adjusted" and generally exclude one-time items.)

Investors should be getting material news relatively soon, as NVIDIA is slated to report its fiscal first-quarter 2020 earnings in just six weeks, on Wednesday, May 15.

For the quarter, Wall Street expects revenue and earnings per share to decline 31.5% and 61%, respectively, year over year. NVIDIA's challenges, at least in its gaming business, are widely expected to continue into the first quarter.