The second quarter of fiscal 2019 revealed a trifecta of double-digit sales, gross profit, and adjusted earnings growth for the Simply Good Foods Company (NASDAQ:SMPL). The provider of wellness-oriented snack bars, packaged meals, protein shakes, and other nutritional products recorded growth well above management's own expectations. Below we'll review the earnings report, released on Thursday, and delve into why the quarter was "simply" a positive showing for this young company.

Note that all comparative numbers in this article are presented against the prior-year quarter.

What happened with Simply Good Foods this quarter? 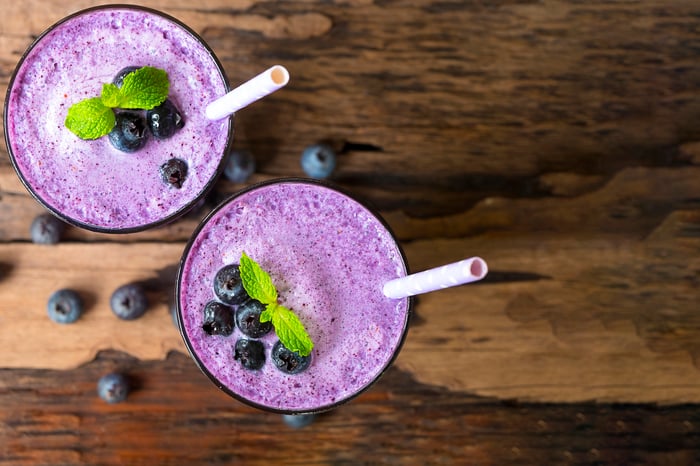 Our strong second quarter and year-to-date results reflect the successful execution of our annual plan as well as our strategic initiatives. We delivered double-digit sales, gross profit and adjusted EBITDA growth in both the second quarter and year-to-date periods. I'm particularly pleased that our U.S. retail takeaway, as measured by IRI for the thirteen week period ended February 23, 2019, continued to be strong and was up 22.1% versus the prior year. We continued to expand adjusted EBITDA margin while also making investments in marketing and organizational capabilities that we believe will benefit the company in the near and long term.

After averaging year-over-year revenue growth of 13.3% in the first half of fiscal 2019, management has abandoned its previous 2019 revenue guidance, which pegged the top line at a 4%-6% expansion range. This initial estimate now seems conservative, but was informed by early concerns that recent supply chain issues might persist and crimp sales in the second half of the fiscal year.

Those fears appear to have dissipated, as management currently expects revenue to advance by at least a double-digit percentage against fiscal 2018. Executives also anticipate a double-digit improvement in adjusted EBITDA this year.

Supporting both the top- and bottom-line targets, management cited the benefit of a fifty-third week in fiscal 2019, the impact of marketing investments, and continued robust volume. For a few quarters at least, the Simply Good Foods Company appears poised to maintain growth well above the rate of its packaged-food-company peers.